Senators to IATF: Allow use of UP test kits 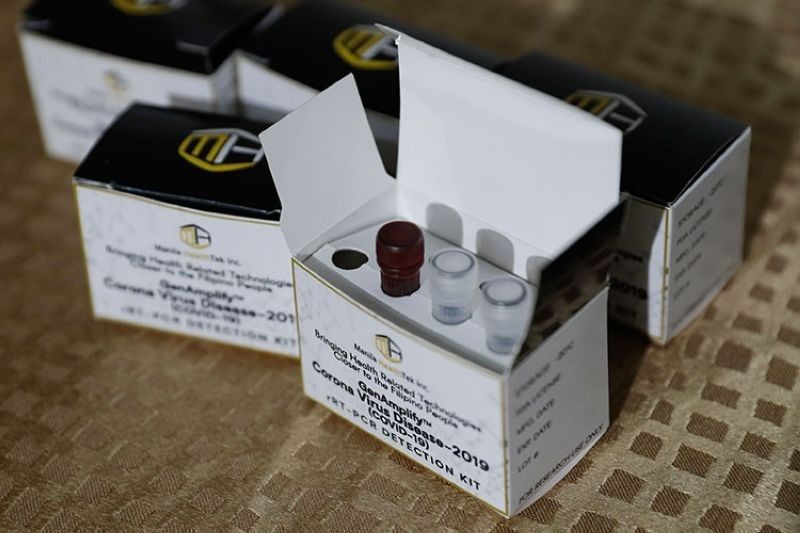 MANILA. A newly developed SARS CoV-2 detection kit by University of the Philippines scientists is shown during a press conference in Quezon City on March 12, 2020. (AP)

OPPOSITION senators urged the Inter-Agency Task Force on Emerging Infectious Diseases (IATF) on Saturday, July 17, to utilize the Covid-19 test kits developed by the University of the Philippines (UP) National Institutes for Health.

“Developed by the UP-National Institute for Health and funded by the Department of Science and Technology, the Filipino test kit continues to face hurdles even as imported brands coming from China and Korea, costing more than double at between P4,000 and P8,000, enter the country without difficulty,” the senators said.

The senators said that most of the locally developed kits are not being used by the Department of Health (DOH).

“The country is ramping up Covid-19 testing, but locally manufactured, world-class P1,320 PCR test kits are gathering dust in laboratories due to the inaction of Health Secretary Francisco Duque III,” the group said.

“What seems to be holding Secretary Duque and the DOH back from giving the go-signal for the use and mass production of this Filipino-made, quality yet less expensive test kit? May kumikita ba sa mas mahal na imported test kit?” the statement added.

According to the lawmakers, the utilization of the UP-developed test kits would generate more savings amid the Covid-19 crisis.

“The savings that could be generated from this kit are crucial in augmenting our Covid-19 response especially at a time when resources are scarce. Is there someone being favored here at the expense of Filipinos who every day face the dangers of getting infected, or who could already be carriers of the virus but are not yet being tested?” the group said.

“With the number of Covid-19 cases continuously rising, the DOH cannot afford more missteps in handling the situation because lives are at stake,” the senators added.

In an interview last March, Philippine Genome Center deputy executive director Dr. Raul Destura, who led the UP Institute of Health in developing the Sars-CoV-2 PCR Detection kits, said they will be able to produce as many as 6,000 test kits in three weeks.

He also said that he is “very confident” with the testing kits’ accuracy.

In May, however, the DOH announced that the UP test kits were recalled after the Research Institute for Tropical Medicine saw “very minor” defects. (Jove Moya/SunStar Philippines)