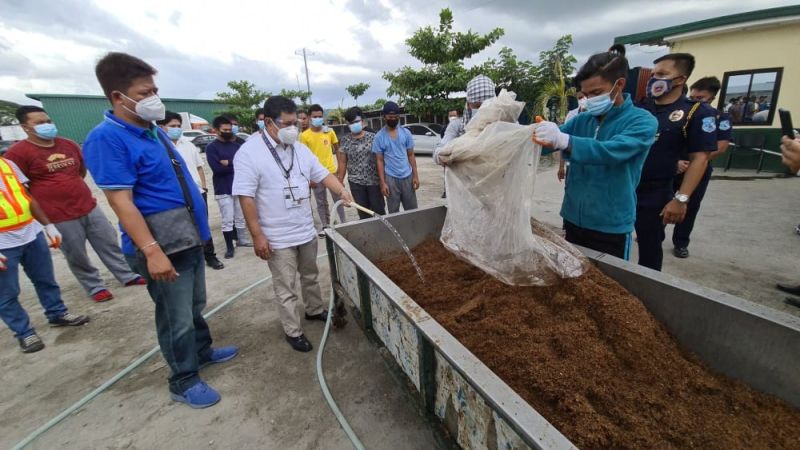 SOME P1.3 billion worth of untaxed fake cigarette items believed to have been sneaked into the country by a syndicate that is behind the manufacture of counterfeit cigarettes being distributed across Luzon were destroyed by the Bureau of Customs (BOC).

The condemnation rites was held at the Green Leaf 88 compound in Porac last July 20.

"This is the biggest seizure made by our office specifically BOC Port of Aparri for this year so far," said Arienito M. Antonio, supervising customs operations officer, during the ceremonial condemnation of smuggled items.

He said the contraband was seized from a warehouse owned by a Chinese businessman Peter Hou during a raid in Barangay Victoria, Alicia, Isabela sometime last month this year.

The raiding team, Antonio said, also found counterfeit tax stamps of the Bureau of International Revenue (BIR) amounting to P5.5 million and another P6 million worth of foreign tax stamps inside the warehouse.

"Counterfeit cigarettes have deprived the government of billions of pesos in terms of tax and revenues," said Antonio, as he vowed to strengthen the campaign against smuggling in the Port of Aparri.

He said the smuggled items were subjected for condemnation at Green Leaf 88, the only waste disposal facility accredited by the BoC and the Department of Environment and Natural Resources (DENR) because of its state-of-the-art machinery in handling sensitive wastes.

Antonio said the seized items were hauled from Isabela to Pampanga for condemnation.

He said Green Leaf 88 is equipped with a large shredding machine, cutter and water basins where tobacco leaves are left to decay using other non-harmful components.

"Green Leaf 88 is using natural ways of disposing wastes and other condemned products, we are the only disposal facility in Central Luzon that has modern equipment," he told reporters during the destruction activities. (Chris Navarro)