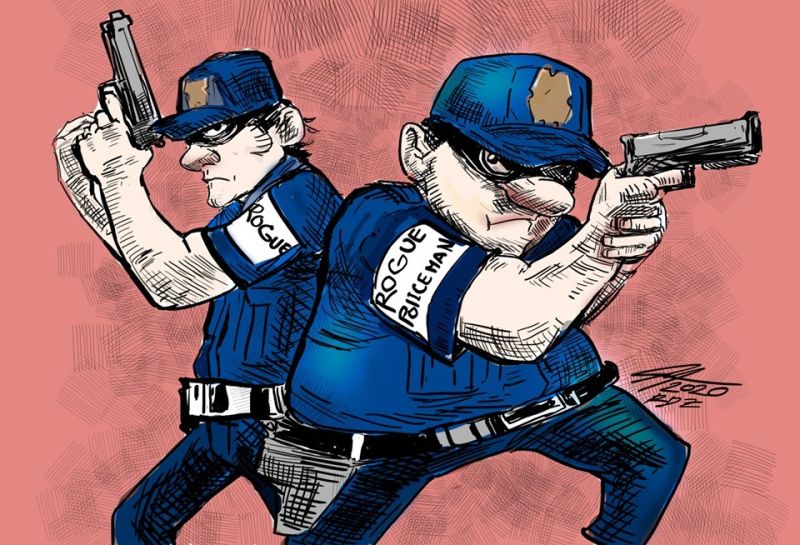 NOT to be missed out this week was the launch of the Philippine National Police’s (PNP) digital information drive for its Integrity Monitoring and Enforcement Group (IMEG), the agency that took the place of the deactivated Counter-Intelligence Task Force (CITF).

The mutation of the CITF into IMEG was in line with the National Police Commission Resolution 2019-149, issued in February 2019. The PNP-IMEG’s prime role is to investigate scalawags among the ranks. All the resources, including equipment, records and funds for the CITF will now be transferred to the IMEG.

Although this is but an off-shoot to the PNP’s “internal cleansing” operations since 2016, the IMEG’s recent information drive becomes even more crucial at the time when there is public anxiety over the passage of the anti-terror law, now held in question by petitioners no less than retired Justice Antonio Carpio and former ombudsman Conchita Carpio-Morales before the Supreme Court.

The IMEG is the go-to office where the public can submit its complaints or tip its officers on policemen involved in illegal activities, graft and corruption and other crimes. Abuses by policemen in the conduct of their tasks apparently can be investigated. The IMEG assures informants are treated with utmost confidentiality.

In the recently launched information drive, the IMEG has installed its first digital billboard in Metro Manila, although the message can be viewed in the agency’s social media accounts.

IMEG director Brig. Gen. Ronaldo Lee said they have set up a quick response system that will allow them to immediately address complaints against erring PNP personnel “who continue to tarnish the good reputation and image of the police force.”

To recall, the PNP leadership during the IMEG launch last year said erring policemen will be treated as “ordinary criminals” and, if found guilty, will be sharing the same cell with the rogues.

“The PNP IMEG continues to be in the frontline of ensuring public safety by running after police scalawags,” Lee said.

This is definitely a welcome move by the PNP to possibly allay fears of police abuses when sectors fear that their basic rights are being threatened during the health crisis. We also hope the IMEG can set its eyes on possible abuses by policemen once the anti-terror law takes flight. Organic to the PNP though it is, but its very existence calls for it to be an advocate for the citizens.