Duterte-Carpio will not attend Sona 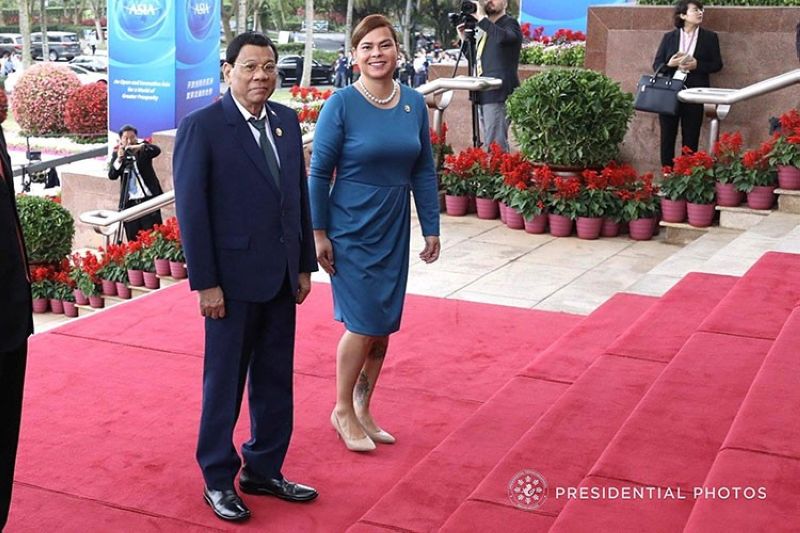 DAVAO City Mayor Sara Duterte-Carpio will not attend the fifth State of the Nation Address (Sona) of her father, President Rodrigo Duterte.

Duterte-Carpio said on Wednesday, July 22, that she will not be flying to Manila to witness President Duterte's Sona at the Batasang Pambansa on Monday, July 27.

The mayor said she would have to undergo a strict health procedure such as having to be tested through reverse transcription polymerase chain reaction (RT-PCR) and to undergo a mandatory 14-day quarantine if she will decide to head back to the city.

"Wala ko plano muadto para musaksi sa Sona kay wa koy plano magpa-RT-PCR (I do not intend to watch the Sona live because I do not plan to undergo an RT-PCR test)," Duterte-Carpio said, adding that undergoing an RT-PCR test, according to some, is "uncomfortable."

The mayor said she did not go through RT-PCR when she was placed under 14-day quarantine in March.

Earlier, Duterte-Carpio voluntarily put herself under home quarantine on March 12 due to her recent Manila trip. The mayor had a lunch meeting with Senator Sherwin Gatchalian in Manila on March 11. The latter tested positive for coronavirus but had already recovered.

The Davao City Health Office (CHO) eventually discontinued her voluntary isolation on March 13, after a confirmation effort conducted by the City Mayor's Office with the office of the senator, stating that the senator did not have physical contact with the Covid-19 patient.

However, the city mayor immediately resumed her self-quarantine on March 17 after Senator Juan Miguel Zubiri tested positive for Covid-19 on March 16 whom she had close contact with. Zubiri also recovered from the disease.

Duterte-Carpio officially went back to field work on Thursday, March 26, after finishing her mandatory 14-day quarantine.

"It's something na di ko gusto mahitabo kay niagi nako ingon ana (It's something that I do not want to undergo through it again)," she said.

The mayor said she prefers not to attend while the country is still under the Covid-19 pandemic.

From the previous three Sonas, the City Government installed LED walls near the City Hall of Davao for the public to watch the President deliver his speech.

But because of the strict discouragement of public mass gathering due to Covid-19, it will not be pushed through this year.

Duterte, who is now in his fourth year as president, will physically deliver his Sona amid the Covid-19 pandemic.

Presidential Spokesperson Harry Roque said in a press briefer that it will be strict, wherein a limited number of Cabinet members and lawmakers will be invited inside the venue.

The mayor's brothers Davao City First District Representative Paolo Duterte and Vice Mayor Sebastian Duterte have yet to issue a statement whether they are attending the Sona or not.