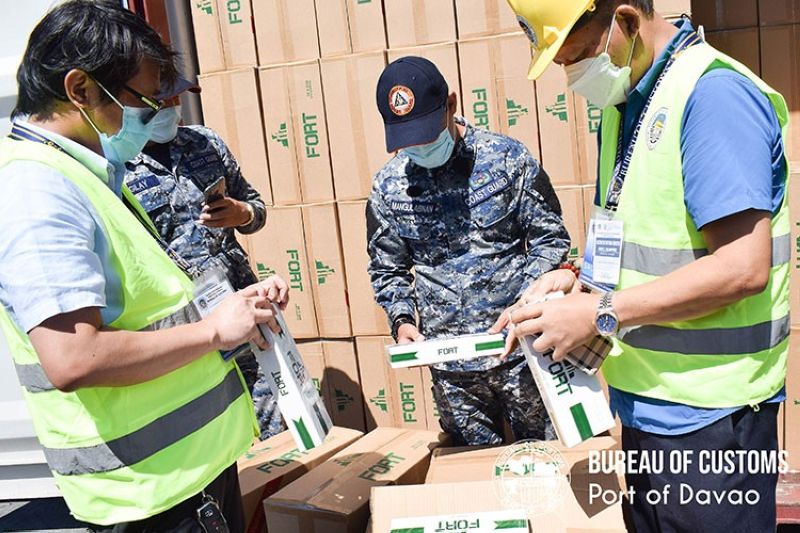 ABOUT P107 million worth of smuggled cigarettes were seized at the Port of Davao, the Bureau of Customs Davao (BOC-Davao) reported Tuesday, July 22.

According to BOC-Davao, the consignee did not put shipment details and other derogatory information in the e-manifest -- a system used by BOC to determine the cargo's details and its intended port of destination.

"Intensified intel gathering showed that the intended destination of these shipments are bound for Davao; to which customs shall have sole jurisdiction to conduct examination," BOC-Davao said.

BOC Davao district collector Erastus Sandino Austria issued a Warrant of Seizure and Detention (WSD) to these illicit articles in violation of Executive Order 245 "Amended Rules and Regulations Governing the Exportation and Importation of Leaf Tobacco and Tobacco Products," Graphic Health Warnings (GHW) Law or Republic Act (RA) 10643 and section 117 of RA 10863 or the Customs Modernization and Tariff Act (CMTA).

"In the midst of this pandemic, Customs Davao shall ensure that its border security protocols, and coordination with its partner agencies remain steadfast in securing the borders of Mindanao," he said.