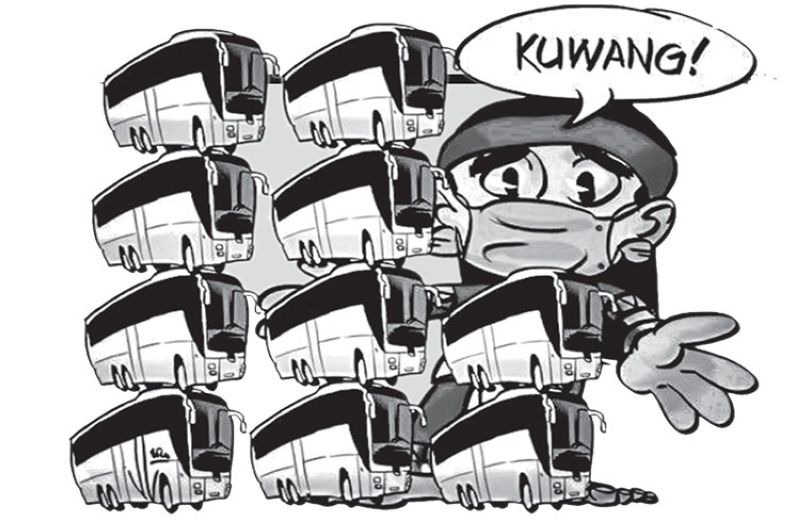 The first was a Covid-19 patient in Motevista, Davao de Oro. The patient evaded security and went in and out of an isolation facility in Barangay Mayaon, Montevista.

Montevista Mayor Eutropio Jayectin said the patient "bought something from stores, talked to a number of friends, and came in close contact with a known masseur in the place who delivered meals for him."

As a result, Barangay Mayaon has been placed under a 14-day quarantine.

On Tuesday, July 21, the municipality of Sto. Tomas, Davao del Sur, announced on its Facebook page that two women managed to escape from the quarantine facility at Sto. Tomas College of Agriculture, Science and Technology (STCAST). One is a locally stranded individual (LSI) and the other is a returning overseas Filipino (ROF). On July 22, it was reported by several news outlets that the two women have already been found.

"Ang ilang rason, kining usa, naboryong na. Waiting for the result na sila. Wala gyud sila nakahulat, nieskapo gyud. Ang nagsundo mga lover boy nila (One of them said the reason they escaped was they got bored. They were just waiting for their results. But they were impatient and escaped the facility. They were picked up by their lovers)," Rowena Naugngayan, Sto. Tomas Municipal Health administrator, was quoted saying in a news report by ABS-CBN News Davao.

Another escapee was also from Sto. Tomas. The local government unit (LGU) announced on July 22 that another male patient, an LSI, escaped from one of its isolation facilities. They found out about his escape after doing a roll call. The police are now investigating this.

Several months ago, a female Covid-19 patient in Davao City also managed to escape from one of the city's isolation facilities. She was eventually caught.

The escape of confirmed or suspected Covid-19 patients from isolation facilities is worrisome.

Are these individuals not aware of the danger they put on other people?

The three LSIs who escaped from the isolation facilities in Sto. Tomas are still waiting for their results. This means that there is a possibility that they may be carriers of the Sars-CoV-2, the virus causing the Covid-19.

Likewise, the actions of the Covid-19 patient in Montevista, Davao de Oro, may have already infected other people and could cause another wave of cases in the municipality and the province.

What the four individuals did are selfish and irresponsible. They know we are in a health crisis but they have put first their wants and comforts over the safety of other people and the welfare of the medical community working hard to battle Covid-19.

They are in the same spectrum with the Senator who put at risk the lives of the medical staff of a hospital in Manila at risk. They are like that high ranking official who held a birthday party and put at risk his personnel. They are like those individuals who continue to gather in large groups and not observe health protocols.

However, we also have to question the security at these isolation facilities. Why were they able to escape? What was the security doing during their time of escape?

It might also be time for the government to rethink how it will treat patients at these isolation facilities. What could be done to relieve them of boredom and take care of their mental health?

In this time of the pandemic, when our resources are depleting and our health system is nearing its limits, there is no room for selfishness and uncooperativeness. We have said it many times and we will say it again, in this fight against Covid-19, everyone has to work together to fight it. The public has to cooperate and the authorities have to communicate, be transparent, and act fast.

With how highly infectious Covid-19 is and with no vaccine available, all we can do now is abide by the rules on health safety to ensure that we protect the people around us and ourselves. The more stubborn we are, the more we contribute to the problems surrounding Covid-19.