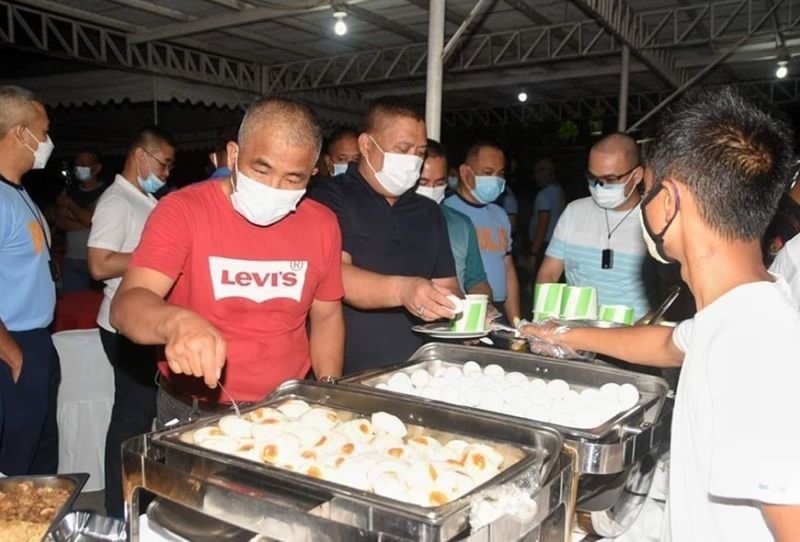 MANILA. This photo taken in May to mark the birthday of National Capital Region Police Office Director Debold Sinas sparked public outrage because the event violated the ban on mass gatherings during enhanced community quarantine. A mayor and councilor are in trouble for a similar offense. (File Photo)

A MAYOR and a councilor in Pangasinan as well as a mayor in Maguindanao were charged before the Office of the Ombudsman for violating quarantine protocols.

The Villar father and son were charged for holding a birthday party on May 6 despite the enhanced community quarantine (ECQ).

Photos of the event, which showed violation of the physical distancing policy and curfew, were uploaded by the younger Villar on Facebook on May 8.

Mangudadatu, meanwhile, failed to prohibit mass gatherings in his municipality and failed to respond to the show cause order issued to him by the DILG.

The secretary said they also sent a letter of admonition and warning to a city mayor from Central Luzon and two municipal mayors from Western Visayas and Ilocos Region.

He said the city mayor from Central Luzon was admonished by the department for holding a mass gathering during the distribution of social amelioration program (SAP) forms to the transport sector in his area.

“The recipients who still went the next day were immediately dispersed to avoid any violation. The City Government later on committed to the DILG that it will adopt corrective measures to avoid similar incidents,” said Año.

A town mayor in Western Visayas was also admonished for refusing to allow an overseas Filipino worker (OFW) to be quarantined within the municipality despite having all the necessary clearances from appropriate agencies because the seaman had come from a Covid-infected country.

An admonition was issued to a town mayor from Ilocos Region over his unruly behavior towards police officers assigned at a checkpoint in his locality. The mayor was reportedly drunk.

The DILG said reports on mass gatherings permitted by a mayor in Cavite and a mayor in Batangas amid the ECQ were being verified.

Meanwhile, DILG Undersecretary and spokesperson Jonathan Malaya said the department has accepted the explanation of the governors of Abra, Antique, Bukidnon, and Camiguin who were given show cause orders for failing to implement ECQ protocols.

“For instance, the governor of Abra initially restricted a farm company in carrying and transporting its poultry products outside their province but the said company was eventually able to ship out its produce unhampered upon renewal of its corresponding Certificate of Registration Meat Transport Vehicle,” he said.