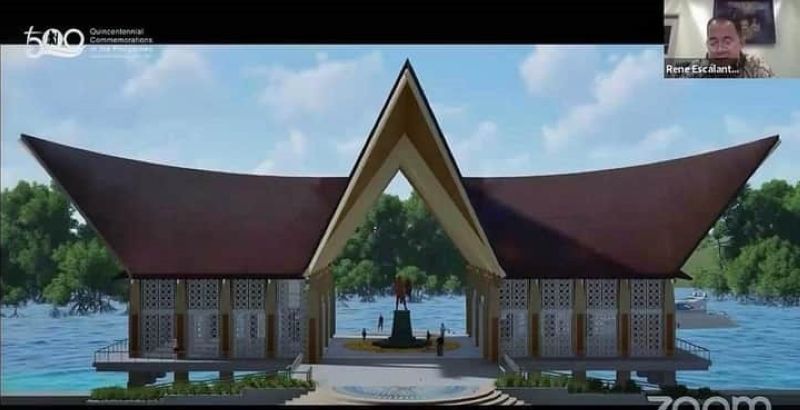 THE design for the Lapu-Lapu Shrine that will be built in Barangay Mactan, Lapu-Lapu City has been completed.

The construction of the shrine for the Mactan chieftain who fought off foreign invaders is among the projects to be undertaken to mark the 500th anniversary of the Battle of Mactan on April 27, 2021.

The shrine is one of the three flagship projects of the National Quincentennial Committee (NQC), said Dr. Rene Escalante, chairman of the National Historical Commission of the Philippines (NHCP), in an online discussion on July 21, 2020.

The other projects of the NQC are the Museum of Philippine History in Butuan City and the installation of 32 historical markers in different parts of the country. These markers will be installed in places reached by explorer Ferdinand Magellan, and a marker will be placed in Barangay Mactan.

Magellan, a Portuguese explorer who sailed under the banner of the Spanish Empire, met his death in a skirmish with Lapu-Lapu and native warriors on April 27, 1521.

The Lapu-Lapu Shrine project is participated by the Lapu-Lapu City Tourism, Cultural and Historical Affairs Commission, which is led by Cindi King-Chan, the wife of Mayor Junard “Ahong” Chan.

The design of the Lapu-Lapu Shrine’s roof is based on an ancient wooden boat, which symbolizes the pre-colonial natives’ fishing and seafaring culture, Escalante said.

A gallery and function rooms will also be built inside the shrine.

The NQC will hold the Lapu-Lapu National Monument Design Competition. The winner will receive P300,000 and the winning artist’s monument will be displayed at the shrine.

A globe will be placed above the marker that will be installed in the shrine. There will also be reading material to narrate the events of five centuries ago.

The NQC plans to complete the shrine and its other projects within 2020. (GCM)