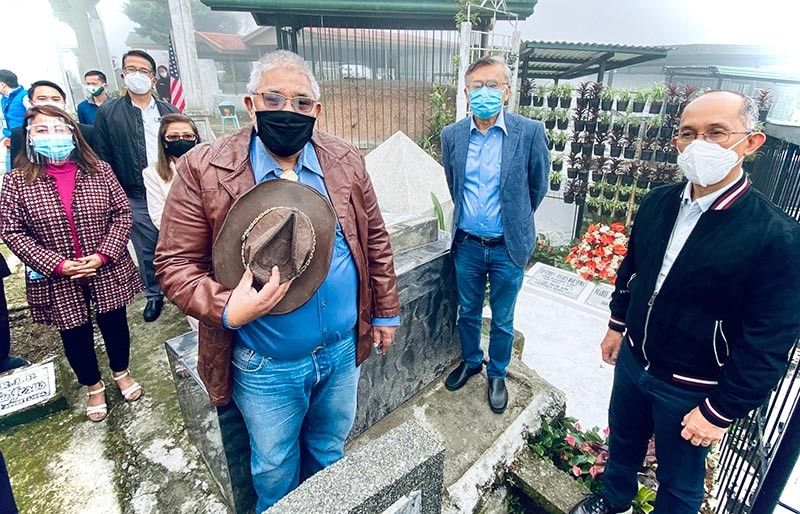 IT'S definitely the highway connecting Baguio, Benguet and Mountain Province that will come to your mind. It is also known as one of the most dangerous roads in the Philippines. And because the name sounds like indigenous, not many know that it is actually of Eusebius Julius Halsema, the fifth and the last American mayor of the City of Baguio.

Born in Ohio on March 12, 1882 by parents who are immigrants from Netherlands, Halsema worked his way through Ohio State University to earn a degree in civil engineering in 1907. He had a one-year stint as a as a real estate planner in Los Angeles, until he eventually transferred to the Philippines to join the Bureau of Public Works in 1908. His first assignment was in Cebu and then in Pampanga in 1913. In 1916, he was in charge of Manila Port works, before volunteering as an officer in the US Army Corps of Engineers during the first World War.

He returned to the Philippines in 1919, to start work in Malangas coal mines in Zamboanga. But it was shortlived due to blackwater fever, which infected hundreds at that time. So he was sent at the end of the year to Baguio City to become mayor, city engineer, and at the same time district engineer for Benguet. This will be his long-time assignment in the Philippines, serving for 17.

He could have been the originator of the Build, Build, Build agenda. His being a civil engineer underpinned such program as he basically transformed the quaint city village to a mountain resort city, with massive infrastructure development. The main business district roads of Session Road, Harisson Road, Governor Pack Road, Leonard Wood Road, and Loakan Road leading to Camp John Hay were all widened and paved with international standards. It was also during his term that the Loakan airfield was constructed and completed, paving the way for the first light airplane landing on its runway in 1934. Around the same time, the Asin hydropower plant was built to energize Pine lumber sawmills that supplied Pine timber to the gold mines.

His most famous work would be the Mountain Trail, completed in 1930 just as a foot trail. Now it is a national highway named after him, traversing scenic mountain views from Baguio up to the municipality of Bontoc. It has become a popular highway, recognized as one with the most beautiful road trip sceneries, and until recently the highest national road with its highest point in Atok at 2,300 meters above sea level.

Last July 4, declared as Filipino-American Friendship Day by President Diosdado Macapagal, the city did away with the traditional program and gathering and decided to honor the American builders of Baguio City with a simple wreath-laying ceremony at the final resting place of Mayor Halsema and wife at the Baguio Cemetery.

Mayor Halsema died on March 15, 1945, as a local private citizen, as he considered Baguio City his home after retiring in 1937. In 1984, then-mayor Ernesto H. Bueno presented to the children of the late Mayor Halsema, Mrs. Betty H. Foley and Mr. James Halsema, the "Baguio Medal," a posthumous award in recognition for their father's outstanding public service to the city.

(With reference from "History and Biography of Euseibus Julius Halsema," written by his son, James J. Halsema)