Looking back at his roots 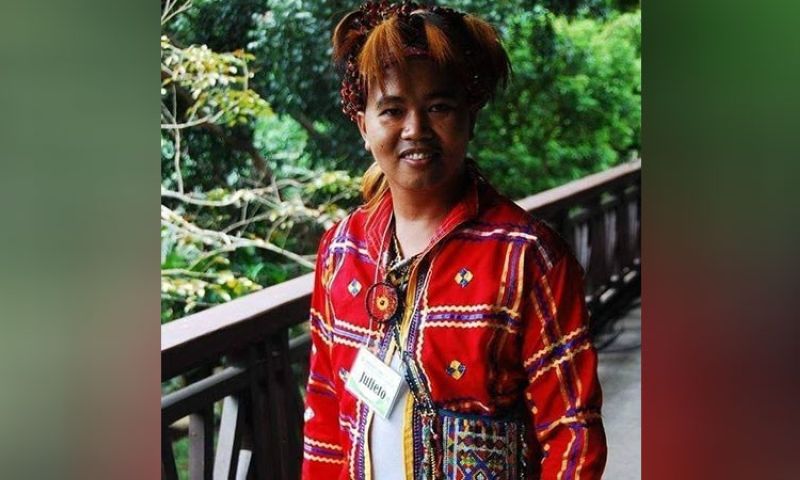 FINISHING a college degree in their Matigsalug community is but a very rare feat. Others may even take this opportunity to leave the community and find a greener pasture in the city.

But the case is different for Julieto Dalagma, a college graduate from the Matigsalug community in Sitio Nagalid, Barangay Datu Salumay, Marilog District, Davao City. The first thing he did after finishing college was to look back to his community and help the children and even the adult to learn.

“Bilang isang katutubong nakapagtapos, isang malaking obligasyon ang lumingon sa pinanggalingan. Nangangarap ako na sana maraming mga tribo sa hanay naming Ata at Matigsalug ang makatapos sa sa kanilang pag-aaral upang sa ganun matuldukan na ang iilang siglo ng diskriminasyon sa aming mga katutubo (As an IP who was able to graduate, it is a big obligation for me to look back to my roots. I dream that one day more of my tribesmen in the Ata and Matigsalug will finish school. In that way, we will stop the centuries of discrimination against us),” Dalagma shared.

Seven years ago, Dalagma was set to march for his graduation rites at the Rizal Memorial Colleges (RMC) Gym. Because their family is still very financially incapable, they had to walk from San Pedro St. to the school just so they would make it to the ceremony. Hours before, his mother was even still selling woven baskets in San Pedro just so they have something to spend to celebrate his graduation. In time for the graduation, they needed to leave the two baskets left unsold with the guard so they would be allowed entry. He remembered being very proud of his mother wearing their traditional Matigsalug wear for everyone in the gym to see. After that, they shared a few banana cues to celebrate the occasion.

For his parents, it is already enough that Julieto was able to finish an Education degree major in Filipino. That alone was an achievement for them. But Dalagma believes it is not yet enough and that a huge responsibility for the community is waiting for him. Immediately after college, he taught the adults in the community to read and to write for three years advocating for adult literacy. With that, he also launched the “Isang Lapis at Papel Para sa Aking Tribu” project. He gathers paper and pencil donations from different donors for the students in their community.

Because of this call for donation, the project was noticed by Didi Ellen Trazo, a missionary and the president of Ananda Seva Maharlika Inc. She offered them a lot owned by their foundation where the IP students can temporarily stay. For Dalagma, this offer was a dream come true as he personally had great difficulty finding a stable place to stay here in the city during his college days.

And on that very property of Ananda Seva Maharlika Inc., the Bahay Pangarap Indigenous People High School was born on June 17, 2017. It was located at Purok Sagrada, Blissful Family Village, Indangan, Davao City.

“Para sa akin, kailangan ng bahay tuluyan o shelter ang mga kabataang katutubo para sa eksklusibong pagtutok sa kanilang pag-aaral na huhubugin ang kanilang pananaw sa buhay, mabigyan sila ng suporta at higit sa lahat mapanatili pa rin ang kultura na kanilang kinagisnan (For me, a shelter for the IP students is really a necessity to provide them focus on their studies which will eventually change their view of the world, give them support, and most of all to help them preserve the culture they grew up with),” said Dalagma, who in 2018 was also awarded the Lunhaw Green Champion awards.

He said the Bahay Pangarap is a form of assistance that they provide for the family of the young students. To further sustain their needs and of the shelter, their community back in Marilog creates woven baskets and other handicrafts that Dalagma and their team sell online. Over the years, donors have also provided for their needs.

Through a dream of having more educated Matigsalug tribesmen, Dalagma had slowly transformed his community for the better.