Have you heard of banana wine? 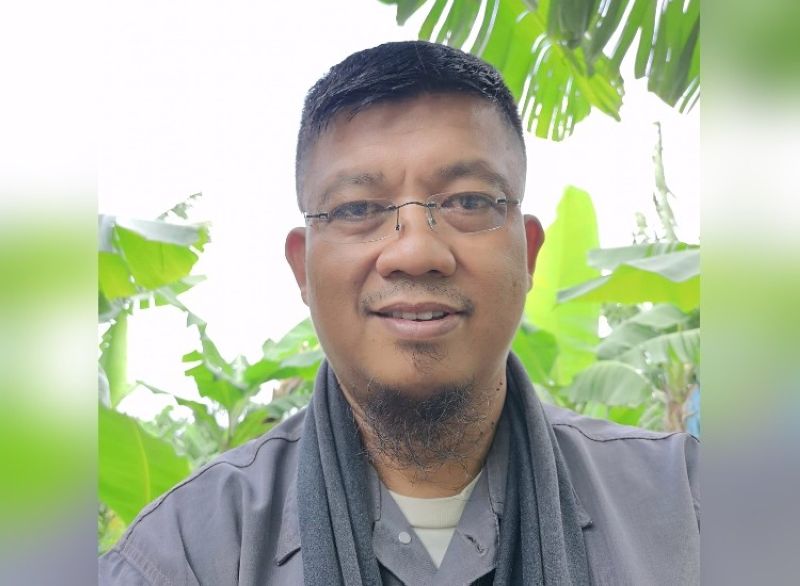 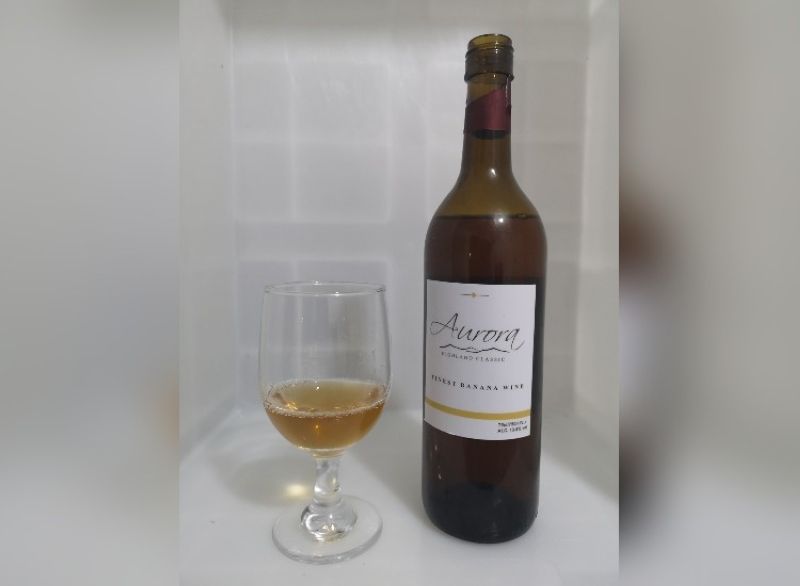 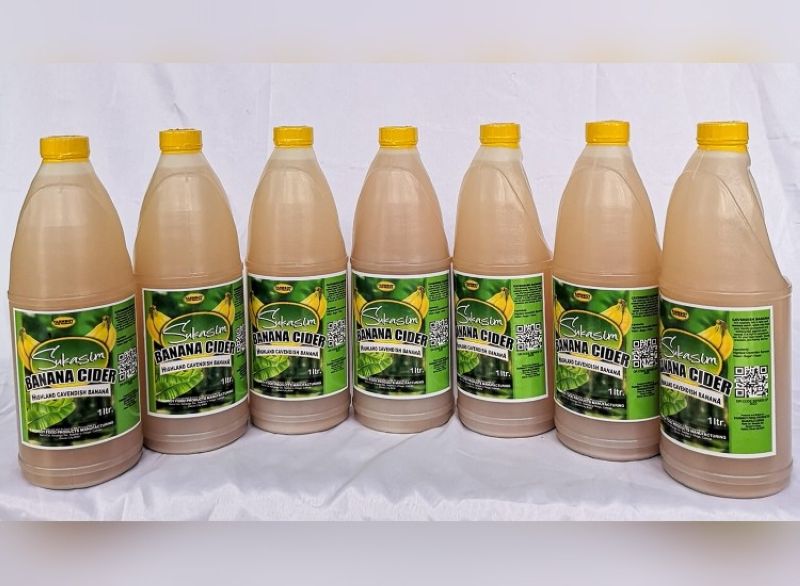 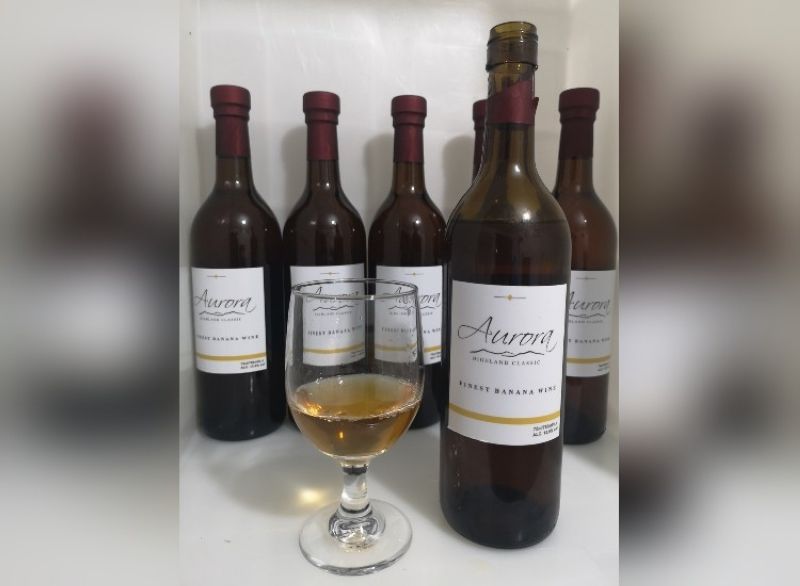 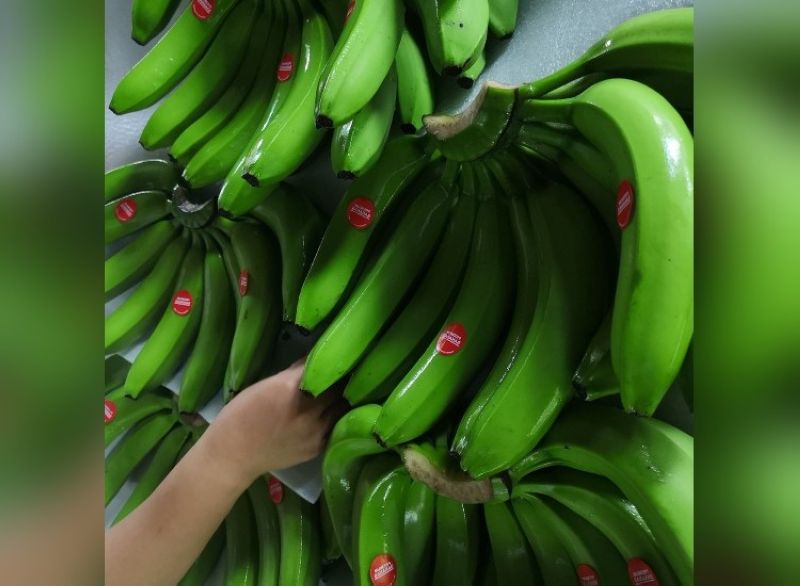 THIS will probably be the first time you learn about banana wine.

Banana farmer and consolidator Ritchie B. Bustaleño had his breakthrough when discarded highland Cavendish bananas in his farm and from other banana farmers have become too many to deal with.

Although the banana industry has continued to export produce during the periods of lockdown in Davao City, some banana growers, most especially Bustaleño and the farmers he knew around his farm in Sirib, Calinan, struggled to make the most out of their produce.

Their bananas are being bought by Chinese buyers at a lower price. Worse, they became fastidious on what to buy, leaving behind more valuable bananas to the farmers.

These buyers even ceased sourcing bananas due to the limited movements of goods or took advantage of the farmers’ despair to sell their produce and bought low.

The “rejects,” or those bananas that have not passed export quality requirements but can still be sold locally, soon joined the pile of the discarded ones or those that are fed to animals. The sight of it was an overwhelming loss to small banana growers. Even giving boxes of bananas to the frontliners did not reduce it.

Bustaleño had an idea and his knowledge in basic fermentation he gained from his study of mechanical engineering at the University of Mindanao (UM) came in handy.

He gathered a few boxes of discarded bananas and experimented in his home until successfully producing his initial 80 bottles of what soon became Aurora Finest Banana Wine. He used the remaining bananas to make Sukasim Banana Cider.

He had his wine test tasted by his friends in different social status, confident enough since he did not put synthetic chemicals to make the wine alcoholic. Their positive feedback boosted his morale.

“Gwapo man daw. Naa daw sipa. Didto ko murag nahappy. Akoa gyud ning tinud-on (They said it was good and had a kick. It made me happy and encouraged me to take it seriously),” he said.

He was then referred by his niece to the officials in the regional Department of Trade and Industry (DTI) and was later assisted in the various processes to launch his business. He also presented it to some of the other officials in the agency, attended several DTI seminars online, and gained initial approval from the Food and Drug Administration (FDA), and will now be working on patenting his intellectual property.

He is also one of the first few innovations to be assisted in the Regional Inclusive Innovation Center (RIIC).

His banana wine is currently displayed at the first E-Trade Fair of the trade department but will only take bookings and orders since a strict liquor ban is still being implemented.

He is currently fermenting his third box of discarded bananas which he estimated to reach about 200 bottles.

He has also negotiated with the banana farmers through United Tamayong Multipurpose Cooperative (UTMPC) and will be buying their discarded and rejected bananas at a fair price.

Aurora Fine Banana Wine is still two months old and Bustaleño admitted he has spent more than he gained.

But the support from his family, friends, the government, and the sheer idea of creating a new market to help banana farmers make the most of their produce is pushing him to dream higher.

“Sa sobra ka bulan na ko wala pa koy ginansya ani, sige lang kog hatag, naga gasto na kog kwarta pero positive ko in a way nga makatabang ko sa akong mga kauban farmers sa Tamayong. I hope tabangan pud mi sa Ginoo ani unya happy pud ko nga ang DTI nagapursige sa akoa, sila naga guide sa akoa (It’s been more than a month since I started this and I have already spent so much but I am optimistic that I will be able to help my fellow farmers. I hope God will help me with this and I was also motivated by the support and guidance of the government),” he said.

He hoped to tap the wine-drinking market overseas, aside from piquing local wine connoisseurs and making it a star in traditional Filipino revelries.