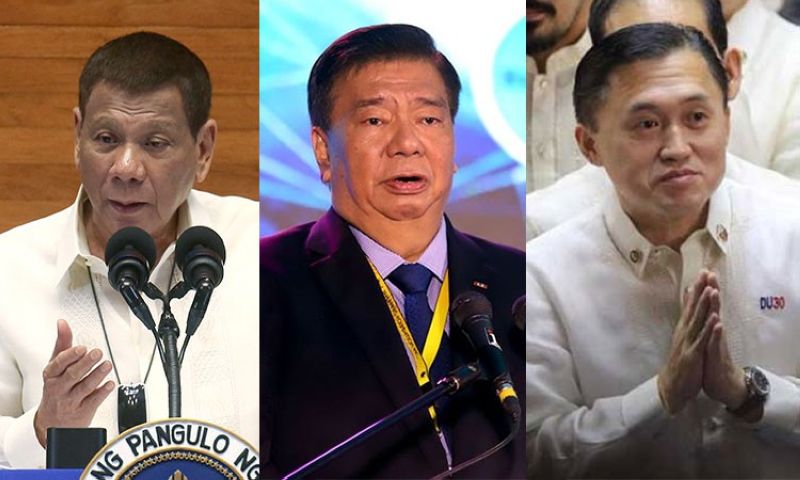 FIRST, the attention-grabbers in President Rodrigo Duterte's fifth State of the Nation Address (Sona) Monday, July 27, at the Batasang Pambansa in Quezon City:

[1] DEATH PENALTY FOR HIGH CRIMES ON DRUGS. His request for lethal injection as penalty was the third in his series of annual Sonas: the other two were made in the second and fourth reports. Monday's Sona was his fifth.

[2] THREAT ON TELECOM COMPANIES. Smart and Globe were told to improve their service or face expropriation.

[3] NO FACE-TO-FACE TEACHING until it would be safe for the students and their teachers. The President indicated it would happen only after the vaccines are available.

Senator Franklin Drilon stood out because he was the only one named. Except for Drilon, whom President Duterte publicly thrashed in his Sona, the other people were lumped into: (1) those who exploited the pandemic to criticize the administration, (2) influence peddlers, (3) "over-pricers" and profiteers and (4) corrupt persons.

Drilon's statements on the shutdown of ABS-CBN included the charge that the broadcast network lost its franchise because it stepped on big political toes, referring to Duterte who had a grievance against its management during the 2016 elections.

The list of entities the President thanked was topped by the providers of food, water and other basic services during the quarantine, the Inter-Agency Task Force on Emerging Infectious Diseases, and the national task force, soldiers, police and security guards.

The equivalent of Drilon who was drubbed is, on the side of those praised, Senator Bong Go, who he said set up Malasakit centers all over the country, which helped the poor and the jobless during the pandemic.

The President listed the "build build build" projects that the government and private partners or contractors have resumed. Along with the broad plan for economic recovery, they must tell that there is some vigorous activity in the program to bring back the jobs that have been lost.

So what has the public found wanting? Something specific that tells the people where they are and where they are heading, something that provides hope and infuses the will of a nation to go on. But few presidents in the pandemic-struck world can provide that now. And there seems to be no more presidential speech writers who could write as well as then Teddyboy Locsin did for Cory Aquino.

Were there street protests?

Initial reports don't say whether any group dared to challenge the threat of police to arrest protesters during the President's Sona. And if there was, how the law enforcers dealt with it.