Struggles of studying in Thailand as a Filipino 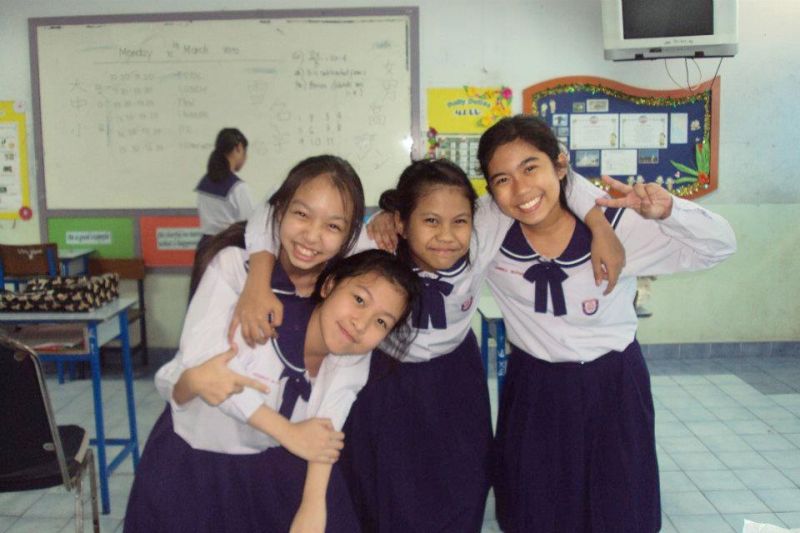 With my grade 9 classmates at Praphamontree 2 school 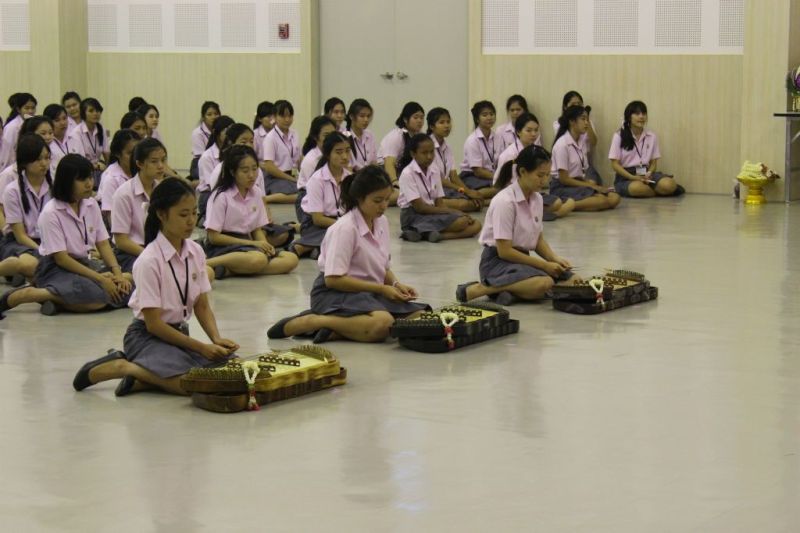 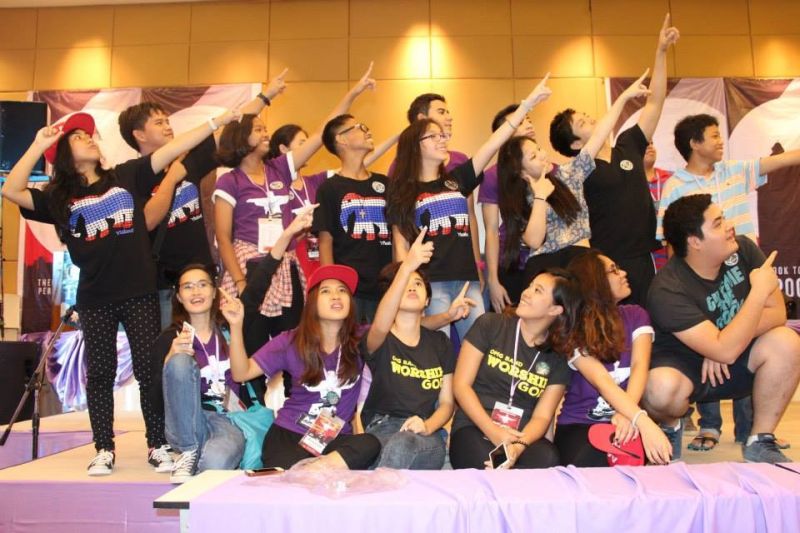 MFC Youth posing during the A434 Indo-China Conference 2015. 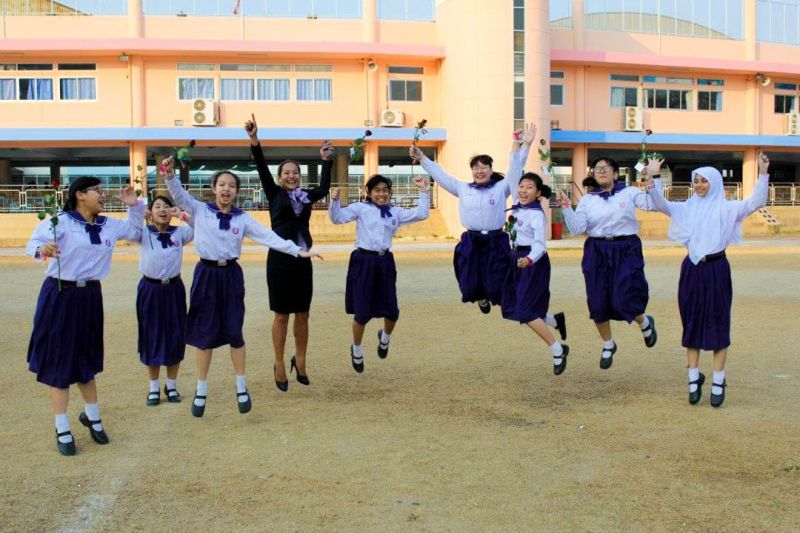 Our class with homeroom teacher (Ms. Bee) taking a jump shot at the school football field.

THE rise of Thai BL films in the Philippines has intrigued a lot of Filipinos (including my friends) to visit and study in Thailand. While I encourage people to pursue their passion and explore different places, some struggles come with living and studying in a foreign land.

To give a little background, my family and I moved to Thailand when I was 10 years old. We moved because of my parents’ jobs. To be honest, I had mixed feelings about living there. Adjusting was tough. I felt like I was forcefully uprooted from my school, friends, and the culture I was used to. When I had the opportunity to skip the last year of high school and study in the Philippines, I took it without second thoughts.

Being in the Philippines gave me some distance and allowed me to mingle with people who were like me- people I could call my kababayan (countrymen). The distance also allowed me to analyze my difficulties in Thailand from a logical perspective.

Here are five struggles of studying in Thailand as a Filipino and how to overcome them. Disclaimer: These tips are based on my personal experience.

1. Not understanding the language.

One of my biggest struggles in Thailand was the language barrier. There are 44 characters and heck a lot more vowels. They also had these “tones” like the Chinese language. One wrong tone and my sentence structure would be wrong. I suffered a lot from miscommunication.

Although there are schools that offered all English subjects, I studied in a bilingual school. Thai subjects were mandatory. I couldn’t understand the Thai textbooks. I would just pretend to listen in class. I’d even smile and laugh whenever the Thai teacher cracked a joke I didn’t understand. Luckily, Filipinos look like Thais, which meant I could blend in during school tours. Smile and nod, smile and nod.

The solution to this is to learn the language itself. You can start with basic phrases. In the Philippines, we adjust and speak English so foreigners can understand. In Thailand, we must adapt and learn their language. Don’t worry about making mistakes. Thais will appreciate your efforts to speak their language.

This feeling comes after the euphoria of exploring another land. After a few weeks of living in a country where I was an “alien,” the subtle differences made me squeamish. In the Philippines, chairs are usually provided for school activities. In Thailand, students sat on the floor, A LOT.

I also started noticing how I couldn’t just walk up and ask someone for directions- some would even walk away because they couldn’t understand me.

The disorientation made me frustrated. I couldn’t change them. I was not in my own country.

I don’t mean to scare you. Once I got through the shock and came to terms with my situation, I learned to appreciate the beauty of Thailand and its people. Thais are among the nicest people I’ve met. My teachers smiled a lot and said, “Mai pen rai” (it’s okay) whenever I did something wrong.

To overcome culture shock, research about Thailand’s customs before departing so that you’ll have an idea of what to expect. The more you understand why they do specific actions, the easier it will be to adapt. When you’re already there, it’s good to have friends with whom you can share your feelings with. Don’t bottle it all up.

Thai food is hugely different from the Filipino taste. They love adding chili sauce to their meals, and most of their food is spicy. This was extremely difficult for 10-year-old me, who didn’t have much tolerance for anything spicy. I often brought my own baon. This saved me time from going through the long lines only to pick a spicy viand.

But why not ask which ones were not spicy? As much as I’d love to do ask, my Thai was very limited before, and I could only point, make gestures, and nod or shake my head. Extremely frustrating, I know.

Thais also eat noodles with chopsticks. Yes, chopsticks. Learn to use chopsticks to avoid embarrassing yourself in Thai restaurants. Luckily, as an Asian country, Thailand has an abundance of rice. Thai households usually have rice cookers. However, they don’t eat all their meals with rice.

Yes, you read that right. Whatever style the noodles may be, soup or pancit, they DON’T eat it with rice.

Meh, I still eat noodles with rice at home.

Choosing the right people in your inner circle is crucial, especially when you live in a foreign country. When you’re in Thailand, you’re most likely to stick with other foreigners (I know I would have!). Unfortunately for me, less than one percent of the students in my school were foreigners.

While I would’ve appreciated more foreigners at school, the lack of diversity forced me to make friends with Thai students and understand their culture at a deeper level. Little by little, I began to adapt to their mannerisms and language. To this day, I still get in contact with my Thai classmates. They’re a few of the priceless people who patiently tried to understand me despite the language barrier and cultural differences.

My advice: Get out of your comfort zone. Make friends with the locals, however, be selective with who you want to spend most of your time with. You don’t want to be associated with students who could get you suspended!

This is probably one of the worst feelings of being in another country. Although my family was in Thailand, there was always that lingering feeling of “this is not home.” I missed the taste of pancit canton. I missed hearing the church bells every Sunday. I missed having a barkada who could speak in my local dialect.

On the bright side, my parents joined a Filipino community called the Missionaries for Christ (MFC). It is a religious community with Filipinos who are also living/working in Thailand. Being part of MFC helped ease the loneliness. It was a “little Philippines” for me. For our family, MFC was not just a community. It was also a support group.

I really did not have a “why” for studying in Thailand. My parents were working there. Period. But if you ever feel homesick, remember your “why.” It could be a long-term goal or experience that would greatly benefit you in the future. You should also find a support group or even just a person whom you could talk to whenever you feel lonely. It’s okay. It’s normal to feel sad. We’re humans, after all.