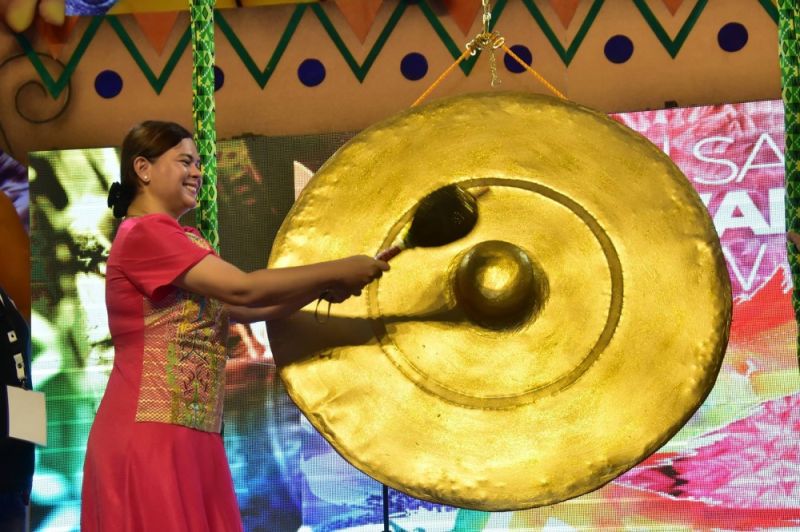 DAVAO City will have to skip this year's 35th celebration of the Kadayawan Festival due to the current coronavirus disease 2019 (Covid-19) pandemic, Davao City Mayor Sara Duterte-Carpio said in a radio interview on Monday, July 27.

Duterte-Carpio said the city government will not conduct any major event this year, except for a thanksgiving Mass and possibly, a flag ceremony with all the deputy mayors from the 11 tribes of the city.

The mayor’s pronouncement is in accordance with her signed Executive Order 25 series of 2020, declaring a period of mourning and vigilance from April 17 to December 31, 2020 due to the impact of the Covid-19.

Duterte-Carpio ordered the cancellation of all city and national government celebrations, parties, anniversaries, and festivities within the year. However, commemoration of important dates and legal holidays will still push through but will be kept short and simple.

Among the major city events that are affected are Kadayawan in August and Pasko Fiesta in December.

The mayor said Kadayawan also fell in the period of the State of Public Health Emergency and State of Calamity, which she said is not worth having a festive atmosphere.

Prior to the pandemic Covid-19 transmission in the city, Duterte-Carpio had also ordered the cancellation of several major events of the 83rd Araw ng Davao amid the outbreak of Covid-19.

Davao City, currently under modified general community quarantine, allows mass gatherings for government or business up to 50 percent of the seating capacity of the venue. No national or international events, leisure, amusement or entertainment events are allowed.

Duterte-Carpio had been reiterating in her previous radio interview her discouragement of unnecessary large gatherings, not only to prevent the transmission of the virus, but also to sympathize with those affected by the virus.