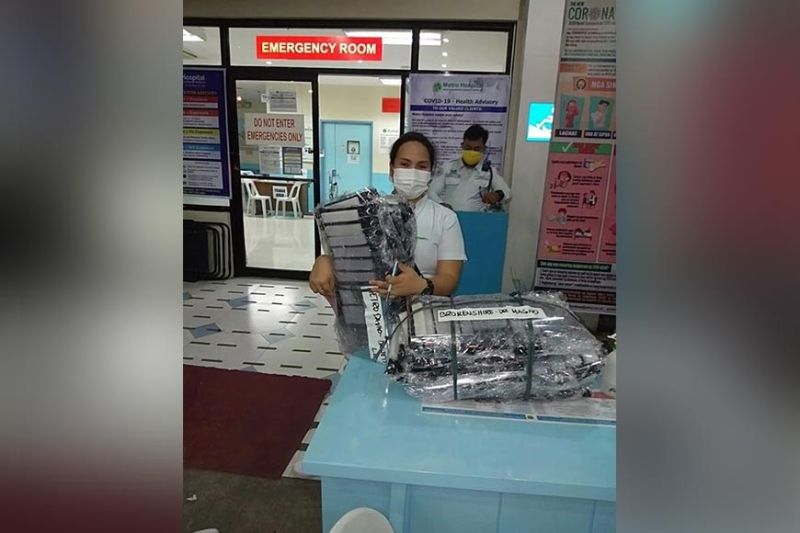 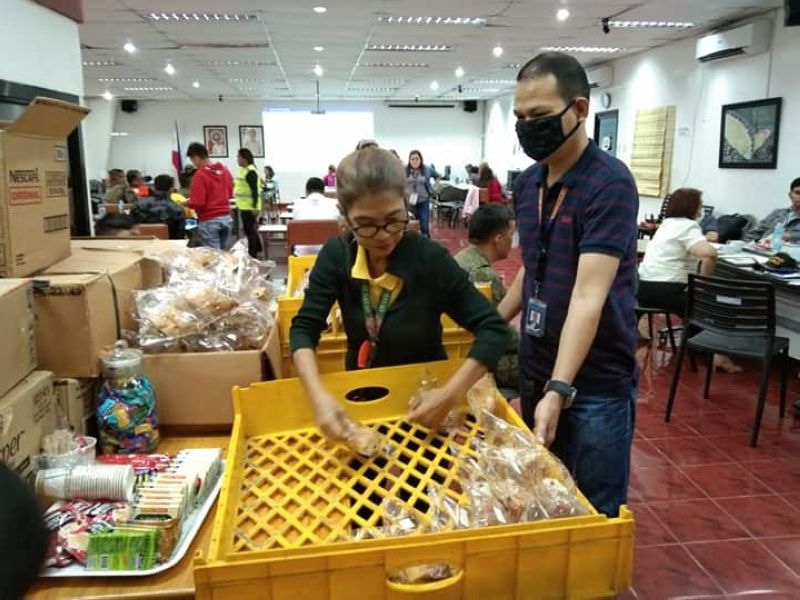 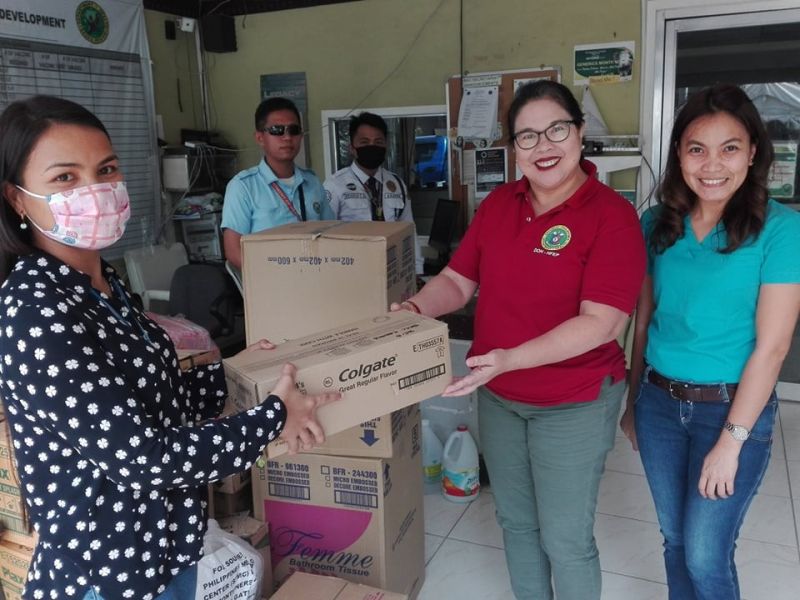 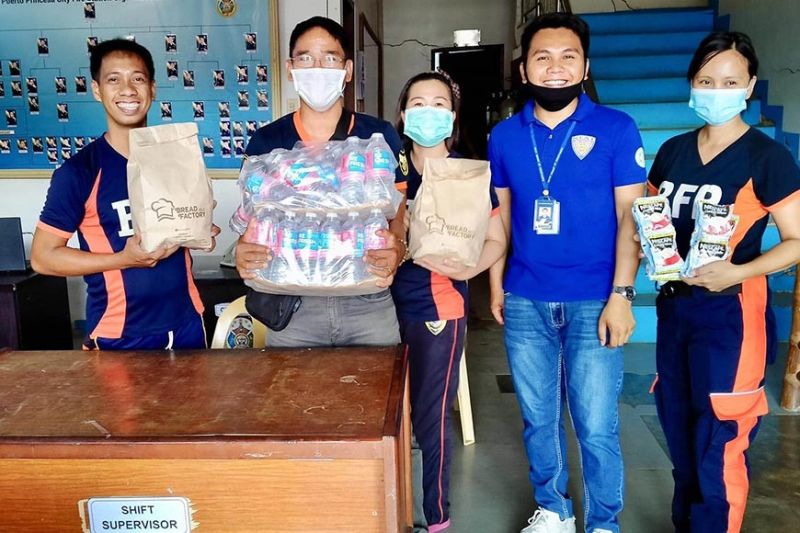 DAVAO. Personnel of the Bureau of Fire Protection in Puerto Princesa, Palawan were also given food rations. (Contributed Photo) 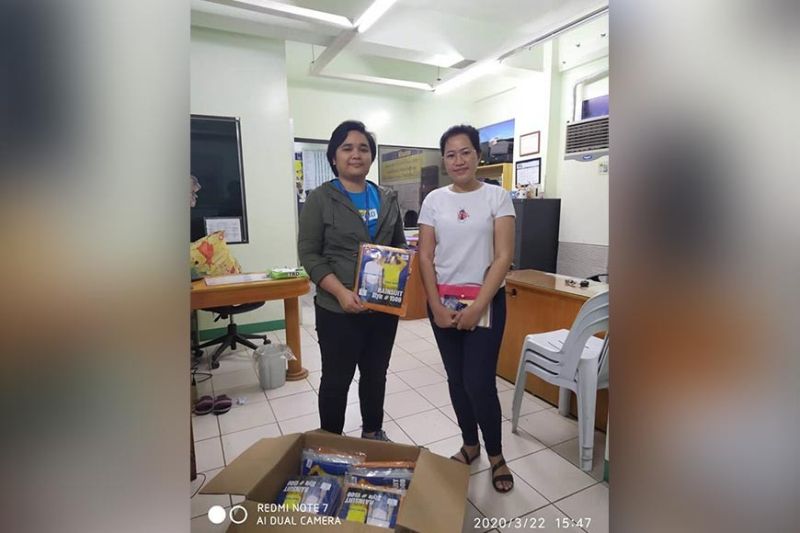 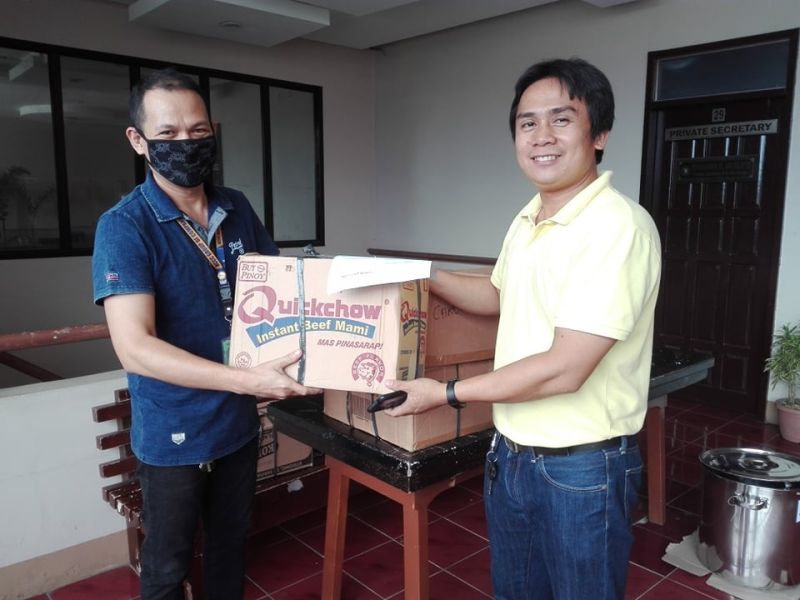 TO HELP others while dealing with your own needs is an act of kindness made even more noble.

For the past months since the novel coronavirus (Covid-19) disease became a global concern, it undeniably slowed down the city's economic activity. All we heard or read were losses -- jobs, sales, livelihood, savings -- not to mention uncertainties.

Retail stores for one, in spite demands for groceries remained, were not spared. Shoppers became limited. Operation hours cut due to curfews. Spendings rose on disinfecting facilities to adhere to the health protocols. Part of their workforce was suspended or totally laid off.

It is lucky that some stores survived. And perhaps, helping other people and institutions in one way or another is their gesture of gratitude for being able to stand amid adversity.

The homegrown NCCC Mall of Davao has long been helping people who were in an unfortunate circumstance such as victims of fire, flood, earthquakes. With this pandemic, one might think that they will focus on recovery considering that they are part of the casualties. But their values proved stronger than Covid-19.

Aside from medical equipment, they also gave food rations to frontliners in Department of Health in Davao Region (DOH-Davao), Regional Interagency Task Force, City Social Services and Development Office (CSSDO), Bureau of Jail Management and Penology in Davao Region (BJMP-Davao), Archdiocesan Prison Welfare, and in Palawan as well as orphanage for abandoned children Balay Pasilungan Davao and the House of Hope Davao that is taking care of cancer-stricken children.

NCCC also afforded their financially-challenged employees a calamity assistance that is worth a 14-day salary for them to buy groceries and allowed them to borrow cash payable in 12 payrolls.

NCCC Cares administrator Joan Dela Peña said the situation caused by the pandemic has empowered them to fulfill their mission.

"It has always been NCCC's mission to give back. Even before, we have been extending help to the community including our employees during disasters and calamities, more so now that the whole nation is affected by the pandemic," she said.

The message is clear: NCCC cares.