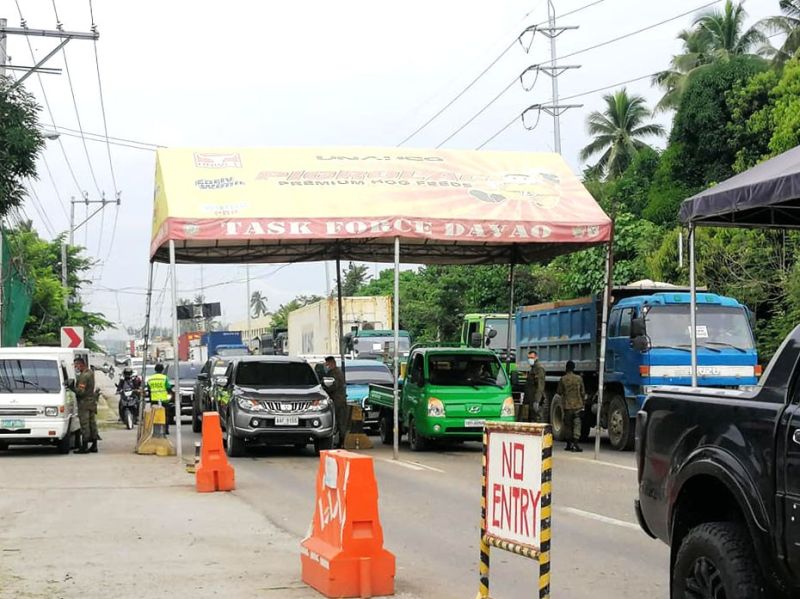 TASK Force (TF) Davao has barred the entry of 116 locally stranded individuals (LSIs) after bypassing the reverse transcription-polymerase chain reaction (RT-PCR) requirement by landing at a different airport or traveling by land to return to or pass by Davao City.

TF Davao Commander Colonel Consolito Yecla said in a radio interview that based on the breakdown of the intercepted LSIs, 16 LSIs used the Laguindingan Airport in Cagayan de Oro City to enter Davao City, while 100 others took a trip by land.

Yecla said most of the intercepted LSIs arrived in Mindanao between Friday (July 25) and Sunday (July 26.).

He said 52 of the LSIs are residents of Davao City, while the remaining 64 are from other provinces who needed to pass by Davao City. Those passing by were escorted up to the borders of other provinces.

"Those who are not residents of the city were escorted to our exit point to ensure that they will not stop along the way," Yecla said in an interview via 87.5 FM Davao City Disaster Radio.

Davao City Mayor Sara Duterte-Carpio said passengers with no RT-PCR results will be tested for free at the airport. However, they would have to wait for a maximum of 48 hours for their RT-PCR results to be released.

"Doon pa siguro sila nagsimulang nagplano na mag-travel (Maybe, they only planned to travel when the policy was changed)," he said.

The security head said the intercepted LSIs were not apprehended but they were held temporarily while waiting for an escort that will direct them to the city's testing facility.

"They were not apprehended, they were just held temporarily (so we can) assist them to have an RT-PCR to protect them and their families are assured that they do not carry the virus," Yecla added.

He said they are required to be tested before they will be let go and allowed to return to their residence.

Yecla said the TF Davao told the LSIs that there are protocols to be followed and that what they experienced "should not be viewed as a hassle or an arrest because it was for their protection, as well as of their families."

Meanwhile, he said TF Davao will continue to screen LSIs who are sneaking into the city through other entry points as a way to regulate the coming in and out of individuals, who might be carriers of the Covid-19 virus.