Bzzzzz: Luigi Quisumbing back in government as Tesda deputy chief 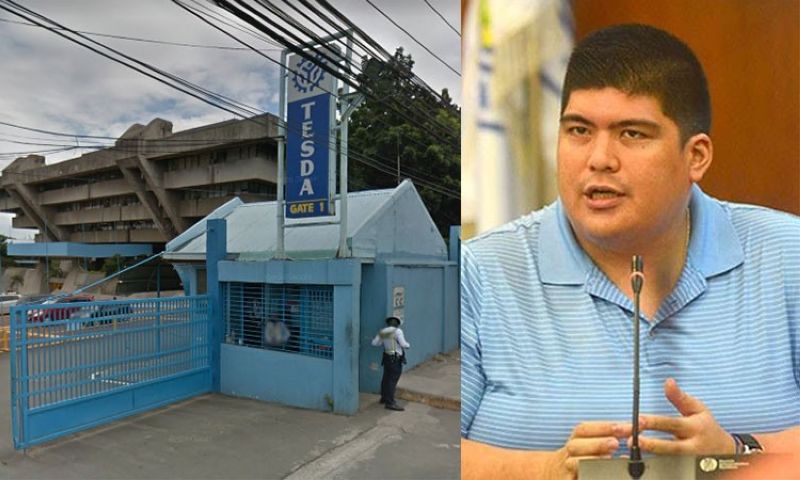 [] WIFE TORCHES HER HUSBAND. Last Sunday, July 26, in Sta. Rita, Pampanga, the wife, "Gigi," doused her allegedly unfaithful spouse with gasoline and set him on fire. He died at the hospital. Lesson learned? The wife regretted the killing.

[] BALIK BUHAY PROJECT GETS NEW LIFE. Besieged with criticisms for its role in the mass testing project, the BBP, initiated by the Office of Presidential Assistant for the Visayas (OPAV) was shelved for some time, then revived by Secretary Roy Cimatu, but this time focused on helping revive commerce and trade in Cebu. PBB will help in the transition from MECQ to general quarantine, which allows more businesses to reopen.

[] DUTERTE GREETS 'MIKE DINYO.' Circulated in social media a few days ago was a video clip showing President Duterte (in a collar-less t-shirt) greet Michael Lloyd Dino, chief of OPAV, on his birthday.

Duterte pronounced Dino "Dinyo," calling the OPAV chief "a confidant of mine and true friend." Why the video greeting? "I may not be there to celebrate." It was a confidence vote of sort for Dino who a few weeks ago was being criticized in the internet for bringing together the three cities of Cebu, Mandaue, and Lapu-Lapu in the fight against Covid-19.

Among those who praised publicly President Duterte's Sona 2020 after he spoke before Congress Monday, July 27, was Gabriel Luis Romualdez Quisumbing of Mandaue City.

Remember Luigi, Cebu Provincial Board member from 2007 to 2010, congressman of Cebu's sixth district from 2010 to 2016, and mayor of Mandaue City from 2016 to 2019? The same Quisumbing who lost to then 6th District congressman Jonas Cortes in his May 2019 reelection bid for city mayor in a bitterly fought contest, highlighted by his grandfather, business tycoon Norberto Quisumbing, supporting Luigi's rival Jonas.

Since the loss, Luigi had disappeared from the scene in Cebu only to resurface this week with a bang: the announcement of his appointment as deputy director-general of Tesda or Technical Education and Skills and Development Authority.

Tesda's organizational chart says the office has at least four deputy director-generals (ODDGs): one each for policies and plans, for TESD operations, for communities and local government unit services, and for partnerships and linkages.

Luigi didn't say which ODGG post he will fill. As a deputy director-general, he will be based most likely in Manila.

Before telling Cebuanos on his Facebook page, shortly after the President's State of the Nation Address, he said he was happy with "measured, clear, concrete and achievable directives issued by PRRD to guide the country as we embark upon the new normal."

Luigi said he was "enthusiastic" to do his "small part in rebuilding the nation." He said he was informed that Duterte appointed him Tesda's deputy director general. He cannot wait, he said, to serve under Director General (Isidro S.) Lapena and his team "to provide quality and world-class skill courses for the unemployed and others who lost their jobs during the pandemic."

In that 2019 race, Luigi's NPC slate was totally routed by Cortes's PDP-Laban group, with the mayor getting 101,641 votes of Luigi's 58,842 votes. The President's daughter, Davao City Mayor Sara Duterte-Carpio, endorsed Luigi and his slate in a rally at the Mandaue Sports & Cultural Complex.