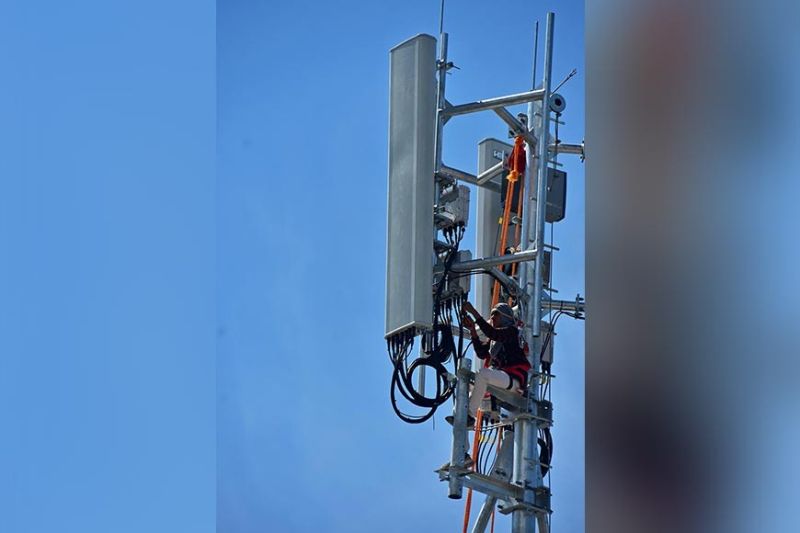 TELECOMMUNICATION companies (telcos) were put on the spotlight Monday, July 27, albeit on the bad side, after President Rodrigo Duterte warned in his fifth State of the Nation Address (Sona) that they will be shut down if they do not improve their services by December of this year.

The President emphasized that an improved internet connectivity is crucial in this time of coronavirus disease (Covid-19) pandemic to support government efforts in strengthening digital learning platforms.

But what exactly are needed to improve the state of the country's telecommunications currently served by the duopoly of Smart Telecommunications, the mobile phone network provider unit of the Pangilinan-led Philippine Long Distance Telephone Co. (PLDT), and the Ayala-led Globe Telecom Inc.

For one, the country must have at least 50,000 cellular towers to boost telco connection.

According to data by TowerXchange, an informal network among advisors in the market tower industry worldwide, the use-per-cell-site density of the Philippines is 4,036, based on 18,000 total cell sites for 67 million internet users as of 2019.

And the ongoing cry of both telco players is the strict permitting requirements of the national government agencies, local government units (LGUs), and the uncooperative homeowners association (HOAs) in building cell sites necessary to improve their services.

Department of Information and Communication Technology (DICT) Mindanao Cluster 3 Director Alimbzar P. Asum told reporters in Virtual Bizforum held in coordination with SM City Davao and San Miguel Foods on Tuesday, July 28, that efforts of telcos to build more cell sites are usually hampered by the government's red tape, and non-participation of homeowners and subdivisions where some towers are eyed to be erected.

He said that for a telco to build a cell tower, it involves over 80 voluminous permits by the government from national agencies, LGUs, down to the barangay level, which usually take about eight months or more before completion.

Some of these are neighbors consent, barangay resolution, homeowners resolution, environmental clearance, special land use permit, height clearance from the Civil Aviation Authority of the Philippines (Caap), zoning certificate, radiological evaluation report from the Department of Health, building permit, Fire Safety Inspection Certificate, occupancy permit, resolutions from Provincial Government, memorandum of agreement with Department of Environment and Natural Resources, mayor's permit; Road Right of Way Certificate, and Consent of Condominium Corporation, among others.

"Aside from the long list of requirements, it is also ironic that while people are complaining about our signal and internet, they're also the reason why telcos can't build more because other HOAs and subdivision developers refuse to allow the building of towers due to health hazard fears and disturbance in the subdivision's landscape," Asum said, adding there is no health hazard in putting up cell sites.

Globe, in a statement released after Sona, also put that the long drawn permitting process across LGUs, HOAs and national agencies, including the DOH and Caap, have "hampered cell site builds and laying down of fiber to homes."

The telco said it heeded the call of the President to improve telco services. In fact, they have invested 1.2 billion US dollars in capex for 2020 alone. Big chunk of their investments, Globe said, goes to network and capacity builds.

"Service performance and increased consumer demand for data are the key reasons why we have been investing billions of dollars to upgrade and improve our network," reads Globe's statement.

PLDT-Smart, whose capex is expected to reach P70 billion in 2020, on the other hand, deferred to comment on the President's Sona remarks.

This established, what are the government's efforts to streamline processing of permits and cut red tape?

Asum said that with the red tape identified as one of the hindrances of telcos in building cell sites, DICT has been coordinating with the Anti-Red Tape Authority (Arta) and other government agencies to streamline the process.

In a statement last month, DICT Assistant Secretary Emmanuel Rey Caintic said they target to cut half of the needed permits in building a tower.

On July 23, Arta and DICT inked the joint memorandum circular (JMC) along with Department of the Interior and Local Government, Human Settlements and Urban Development, Department of Transportation-Caap, Department of Health-Food and Drug Administration, Department of Public Works and Highway-National Building Official.

With the circular, processing time of requirements for the construction of telco towers from an average of eight months will be cut to approximately 16 days across the different national government agencies and LGUs. It also seeks to reduce the required documents from 86 to just 35.

Asum also underscored that with the recently-released guidelines of the "common tower" policy or the "Policy on Shared Passive Telecommunications Tower Infrastructure" will significantly fix the long-term telecommunications problem.

The policy aims to enhance wireless network coverage and quality of ICT services across the entire country, especially in the unserved and underserved areas.

Under the policy, independent tower companies can now construct their own sites, which can be leased to telco operators like PLDT and Globe.

The entry of the third player, Dito Telecommunity Corp. (formerly known as Mislatel), is also seen to better the country's telecommunications state.

Dito initially targeted to start operations in mid-2020 but the completion of its infrastructure facilities, however, has been delayed by the pandemic.

"They are asking for a six months extension because their operations were halted due to Covid-19 restrictions. Maybe by December or early next year they can deliver," Asum said.

DICT said Dito committed a speed of 27 megabits per second and the capability to cover at least 37,390,372 end-users in 7,425 barangays or over 37.03 percent of the population in the first year of their five-year roll-out.

Dito also targets to build 1,600 towers. In February, DICT said 175 of Dito's towers will be located in Davao City.