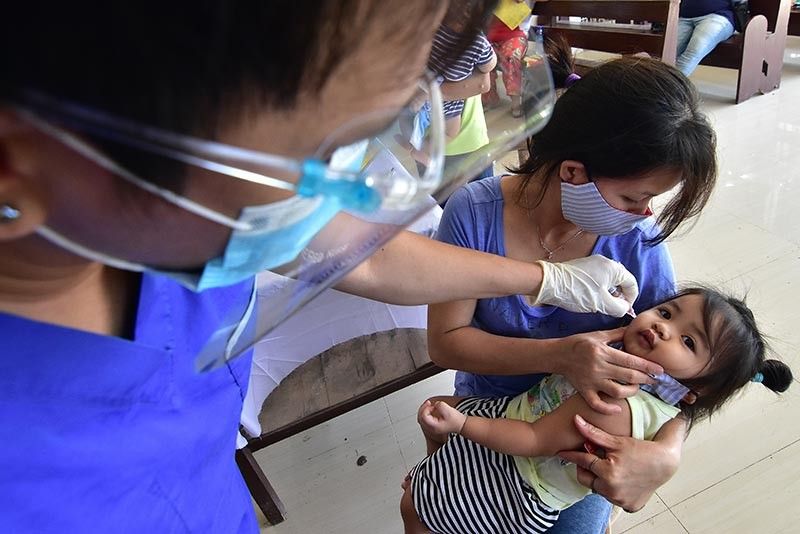 THE Davao City Government is determined to immunize 186,864 children by August this year, as it enters its fifth round of citywide polio immunization amid the coronavirus disease (Covid-19) pandemic.

Data from the City Health Office (CHO) showed that as of July 29, the City Government had already given 174,082 children with oral polio vaccine (OPV) or 93.16 percent of the city's target in its the fifth and final round of the "Sabayang Patak Kontra Polio" from July 20 to August 2.

"We conducted a re-orientation with our staff and barangay captains to ensure that the vaccination will be implemented safely between the parents and the child and the health workers," the health official said.

She said the fifth round is a bit crucial as they were concerned that the target number of immunized children might not be reached due to the strict health measures imposed due to Covid-19.

Meanwhile, Acosta called on all parents to have their children ages five years and below to avail themselves of and complete the final round of vaccine, which is freely given.

She also reminded parents and guardians to observe health protocols.

The Department of Health (DOH)-Davao, as of July 19, declared Davao City free from the polio virus infection.

The Sabayang Patak, a synchronized immunization program, was launched in October 2019 after a water sample from Davao River tested positive for poliovirus.

The result drew apprehension from the public. But after the first round of the vaccination drive, in November, the Research Institute for Tropical Medicine declared the Davao River poliovirus-free but officials said they will not be complacent.

The vaccination program was conducted in all health centers and house-to-house visits in all barangays in the cities. Vaccines were also distributed to other venues, such as private hospitals, malls, schools and churches, which helped increase the city's immunization coverage.

However, it was limited to house-to-house visits due to the continuing threat of the Covid-19 pandemic. (With PR)