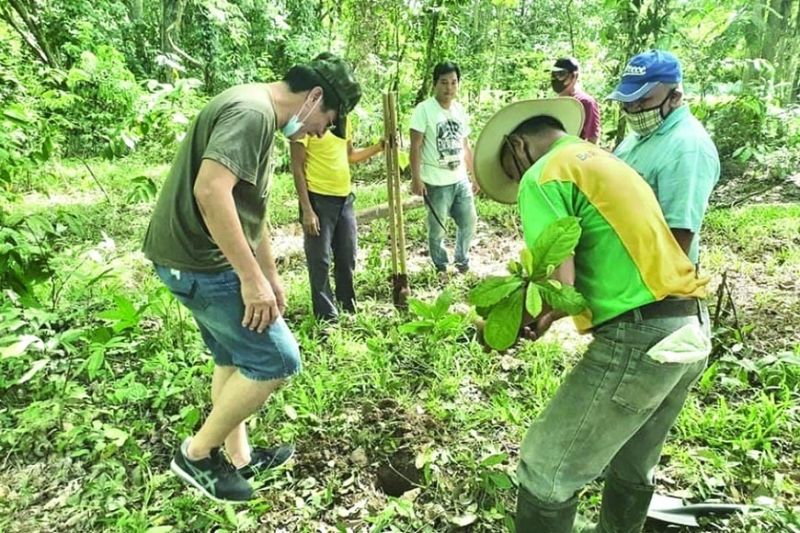 PLANT, PLANT, PLANT. The Department of Agriculture 7 has started the initial planting of 1,000 Robusta coffee plantlets in Ubay, Bohol to revitalize the coffee industry in Central Visayas. (Photo from Facebook page of DA 7)

IN RESPONSE to President Rodrigo Duterte’s renewed call for food sustainability in the country, the Department of Agriculture (DA) 7 has initiated programs to further promote the love of farming.

In Bohol, DA 7 Director Salvador Diputado said they converted a portion of land in the Ubay Stock Farm (USF) for planting vegetables and other high-value crops.

“The underutilized areas of the stock farm are now being planted with corn, peanuts, mung beans, soya beans and other veggies, while other areas are also planted with high-value crops like ube and fruits such as pineapple,” Diputado said.

“We aim to provide adequate, accessible and affordable food for every Filipino (family) through the Plant, Plant, Plant Program. After the Build, Build, Build, I think this is easier to achieve. A few good men—a few good regional directors, the Department of Agrarian Reform and the dedicated workers down below could make this thing a success. Mas madali ito kaysa Build, Build, Build. Ito Plant, Plant, Plant lang eh. It is more of —well, how you try to convince the farmers to cooperate with government for their benefit,” said Duterte, in his fifth State of the Nation Address on Monday, July 27.

While the USF is dedicated as a livestock research, production and development center, it has available areas for expansion of pasture development which can be utilized as crop production areas.

After an ocular inspection conducted in the previous month, Diputado, in consultation with the USF in-charge, decided to convert some parts of the stock farm into a vegetable and fruit production area.

The USF is located in Brgy. Lumangog, Ubay, Bohol.

“We transformed some parts of the USF into a productive area in response to the call of DA Secretary William Dar, to increase food production and to develop idle lands for food security especially during this time of pandemic,” Diputado explained.

He added that the area has a newly installed irrigation system.

The USF has a total land area of 3,600 hectares and is also an accredited livestock training facility in the Visayas and Mindanao. (JOB with PR)