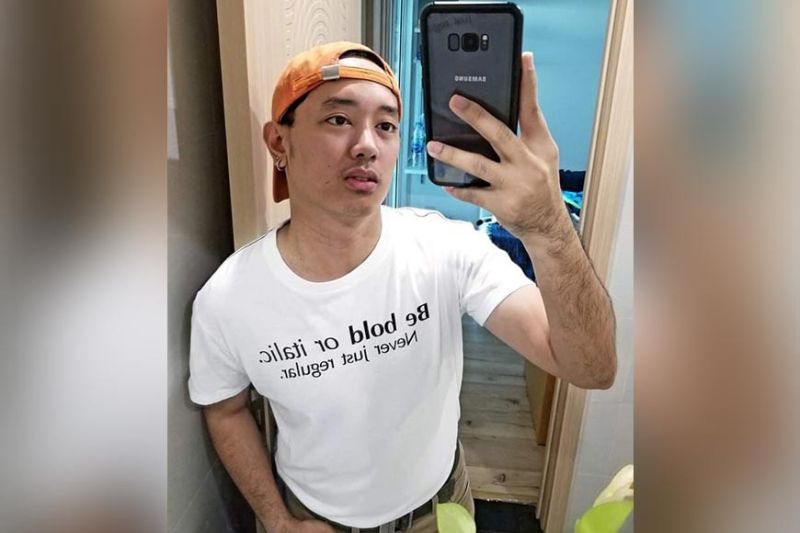 Negrense Kenneth Parra, an OFW from Thailand, suffered from depression 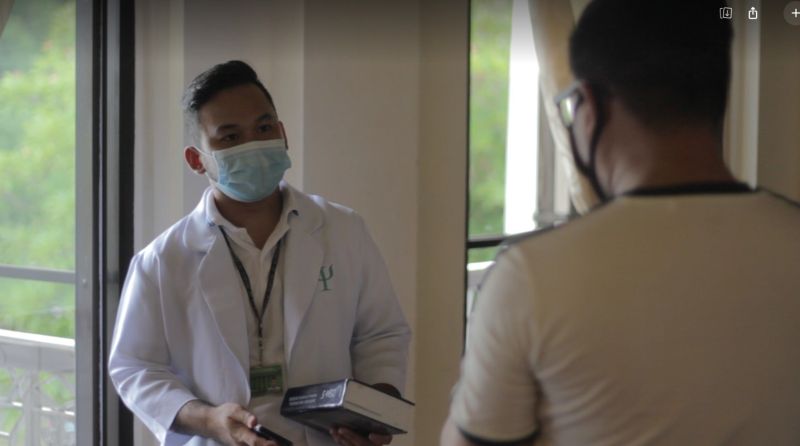 For psychologist Mark Ortibano, depression is a severe kind of mental disorder that affects how people think, feel and behave

THE global health crisis has triggered fear, worry and stress which for the World Health Organization (WHO) are normal responses to real threats at times when people are faced with the unknown.

Not all people, however, are capable of handling these responses which may result in serious health problems. As they continue to endure long periods of quarantine, restriction and isolation, the incidence of depression and anxiety are predicted to spike.

As the unprecedented pandemic prevails, remaining to be uncertain as to when it will end, there’s a pressing need not only to look for coronavirus disease (Covid-19) cure.

The current situation, the new normal, also entails a requisite for more concrete measures to address mental health as a pressing issue in the society like that of the Philippines.

Regarded as an “emotional monster” by experts, depression, if not given due attention, will continue to threaten the mental state of the Filipinos confronted by many challenges during these trying times.

In 2019, the former school nurse and teacher in a secondary school in Talisay City, Negros Occidental ventured as an English teacher in a government school in Nonthaburi, Thailand.

Kenneth said there were just minor adjustments at first because he somehow felt at home given that the Philippines and Thailand are just neighboring countries.

“Everything is fine actually. I was able to love the place, people and culture there,” he said, adding that “my job, teaching in Thailand, was really good.”

Because his job in Thailand offers better pay, Kenneth was able to start saving. Aside from helping his family in Negros, he plans to travel around the world.

His seemingly good journey abroad, however, did not last long. It was suddenly replaced by loneliness and apprehensions. When Covid-19 hit the world, Kenneth’s nightmare also begun.

Kenneth was supposed to go home in March this year following the end of his work contract. But due to the virus, he was stranded for two months in Thailand.

It was in May when he was able to go back to the Philippines through a repatriation flight. Like other overseas Filipino workers (OFWs), he underwent various health protocols including swab testing and mandatory quarantine.

Though he was tested negative of Covid-19, it was never easy for Kenneth to wait for three months just to go home.

“I felt agitated, the feeling of wanting to go home as soon as possible yet delayed,” he said, adding that the “worst thing there is, uncertain as to until when.”

His depleting savings, the uncertainty that is slowly eating his hope, the too much sadness he felt while being alone in the quarantine facility in Metro Manila and Bacolod City, and the steady apprehensions amid the fear brought by the pandemic have brought a traumatic experience to Kenneth.

He said he did not expect that the quarantine period is more traumatic than the swabbing experience as he endured staying alone in a close room for almost a month.

While on quarantine, Kenneth started to feel irritable and confused. He also experienced palpitation, weakness, loss of appetite and severe sadness.

“There are times that I do not know what to think. I felt like being enclosed to a glass then wanting the glass to be broken but I can’t do anything because I’m inside of it,” the OFW shared.

Ortibano said depression is a kind of mood disorder under a big cluster. According to the book Diagnostic Statistical Manual for Mental Disorder, it is a severe kind of mental disorder that affects how people think, feel and behave.

Aside from an abnormal level of sadness, other indications that a person is depressed to include anhedonia or loss of pleasure to the usual activities he does result in significant impairment to the different aspects of his life.

Ortibano, who is also a psychology professor, said depression is a complex disorder. Aside from genetics and biochemistry or the unbalanced neurochemical levels, one’s personality can also trigger depression.

He said those who are negative thinkers, or with poor self-concept, can easily be depressed.

“Most of the time, it is because of the environment,” the psychologist said, stressing that people who are exposed to trauma, stress, violence and abuse in their homes are very prone to depression.

One of the misconceptions in this abnormality is regarding people with depression as insane.

This, according to Ortibano, is giving additional “emotional monsters” to the people suffering from it.

He pointed out that such mental disorder chooses no gender, age or social status in life. Among other manifestations of depression are changes in eating and sleeping patterns, and suicidal thoughts.

“If this is not treated and managed, it can lead to suicide. In this stage, they would usually write goodbye letters, they let go of important things for them, they even don’t sleep,” Ortibano said, adding that “in the course of depression, suicide is really possible.”

Certainly, the implementation of strict quarantine measures like localized lockdown due to the Covid-19 outbreak has caused stress to the people. Stress, according to specialists, can trigger depression.

The WHO said depression is a common mental disorder. In its data released on January 30 this year, about 264 million people of all ages globally are suffering from depression.

In the Philippines, 60 percent of the people going to primary care clinics daily are considered to have one or more mental disorders based on the 2004 WHO study.

In the 2000 Census of Population and Housing, mental illness and mental retardation rank third and fourth, respectively, among the types of disabilities in the country.

Based on the 2011 WHO Global School-Based Health Survey, on the other hand, 16 percent of students aged 13 to 15 years old have seriously considered attempting to commit suicide.

Though there’s no actual data yet in terms of depression cases in the Philippines due to Covid-19, it is expected that the number will certainly increase during this pandemic.

In Negros Occidental and Bacolod City, for instance, there is no available data showing how many have experienced depression since the start of the Covid-19 pandemic.

In terms of reported cases, the data can probably be obtained by individually checking on all the clinics in the province based on the number of consulting patients.

In Ortibano’s private clinic that gives face to face and teleconsultations, for instance, there’s a spike in the number of patients seeking medical help specifically psycho-social interventions.

Based on this, Ortibano posited that there’s a significant increase in the trend of people suffering from depression while the national health emergency continues.

In terms of profile, their clients are frontliners, individuals who lose jobs due to the pandemic, and those in communities placed under prolonged lockdown.

“Because, we were used to moving fast, instant and busy life. So the influence of this national health emergency is really huge,” the psychologist said.

There has been a stern warning from authorities that depression, if not properly managed, may lead to suicide.

The Bacolod City Police Office (BCPO) said most of the suicide and attempted suicide they have recorded during the first half of the year involve millennial victims.

From January to June, authorities recorder nine suicide and attempted suicide cases in the city.

SunStar Bacolod gathered and reviewed all the blotter reports sent by the BCPO to the media during this period. These documents showed that from March 15, the start of quarantine measures in the city, until June, there are five suicide and alleged suicide cases recorded by the police.

Only two of the five cases have causes. These are due to family problems, the blotter reports showed.

Police Lieutenant Colonel Ariel Pico, spokesperson of BCPO, pointed out that these cases cannot be directly associated with the implementation of quarantine measures in the city including the Enhanced Community Quarantine.

Thus, it can be concluded that there's no concrete basis as to whether these suicide and attempted suicide cases are Covid-related.

"It may have contributed, but very minimally. The role of the family is still very important," Pico said, stressing that the upbringing is good, then it will also manifest on how children and other members of the family deal the challenges like those brought by the pandemic.