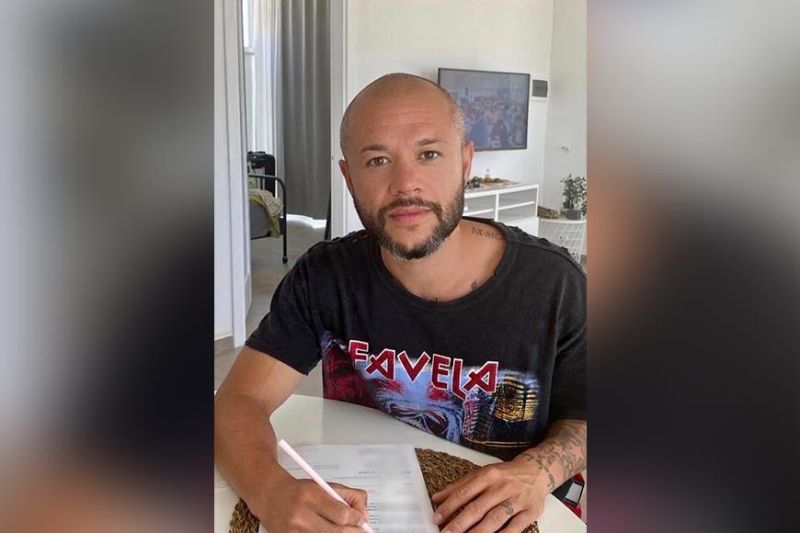 In a UCFC statement, the signing cemented a key cornerstone in the preparations of the new club and sets the signal that the team is serious about competing for the title in the Philippines Football League (PFL).

“Having Stephan [Schröck] committing to stay with the new Club means a lot not just to the organization but also to the fans. He is the captain and the leader of the team and that is what we needed especially that we are trying to establish our new identity on and off the field. It would have been a big loss for Philippine football if the captain would leave the PFL to compete elsewhere. His commitment to the local league shows his seriousness of trying to make a difference but, also his trust in our vision for the Club,” UCFC co-founder Eric Gottschalk said.

“We had many talks over the past few weeks and Stephan is very clear of where he wants to go. He wants to be able to compete at the highest level and be able to win more titles but he also wants to prepare for his second career once he steps off the field – so our objectives are aligned perfectly well. So, for the 2020 season, Stephan will not only lead the team on the field as 'Captain' but also off the field as a playing-assistant coach/trainer, as a first step to fulfill his ambition to become a fully certified football coach in the coming years,” Gottschalk explained.

“We will try to retain the key local talents and support the development of the PFL so we can start bringing some of the players back to the Philippines rather than losing them to rival leagues in Thailand or Indonesia, he said”

The full announcement of the UCFC 2020 squad is planned towards the end of this week.