Bzzzzz: Roque says 'we can also do in Metro Manila' what Cebu does. The 'vodoo governors' 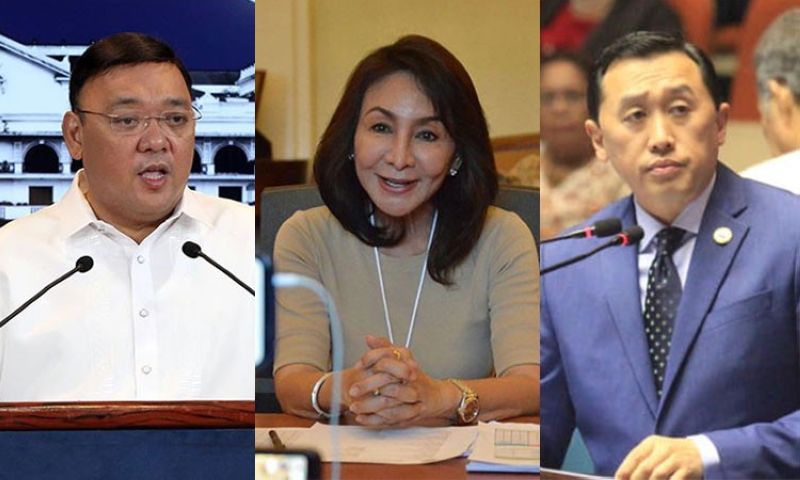 Cebu guv gets a line

Inquirer.net columnist Segundo Eclar Romero Jr., in his July 27, Monday column, wrote mainly about the proposal of Bohol Governor Arthur Yap for a protective device between spouses or lovers riding tandem on a motorcycle during the period of quarantine.

Romero spent all of the column about Yap's prototype and the alleged flaws of the rules on back-riding on a motorbike. Cebu's Governor Gwen Garcia was given one line. About three sentences in the last paragraph, the columnist suddenly turned to Cebu province and "China province" Philippines and their "governors":

"Apart from Yap's voodoo spouse shield, there is also Governor Gwendolyn Garcia with her voodoo "tuob" prescription for Covid-19. Of course, the flagship of voodoo governance is none other than the so-called governor of the Philippine province of China's recommendation, just jestingly we are assured, to use gasoline for the coronavirus. He will be making another astounding speech today. I do not know who infected whom, but these governors from the south better practice social distancing.

Romero questions if there were tests of the "efficacy of the alternative solutions to enable evidence-driven policy," which must be the reason he tags them "The voodoo governors," the title of his column.

The University of the Philippines forecast said infection cases in the country would reach 85,000, with deaths up to 2,000 by July 31.

Wednesday, July 29, or two days before the end of this month, the President's spokesman, Harry Roque, conceded they wouldn't be able to beat the prediction.

Last June, Roque had gleefully pointed out that they beat the UP prediction of 40,000 cases by end of that month. The actual number fell short by only about 3,000.

This time, however, Roque already threw in the towel. As of Tuesday, July 27, there were 83,673 confirmed cases recorded with 1,947 deaths and 26,617 recoveries. At the rate the number of infections was doubling, Roque didn't think the UP projection wouldn't be met.

UP forecast report #12, posted last July 23, assessed Covid-19 hotspots as of July 10. It based its projection on increase in mobility of people because of the shift to general community quarantine in many areas of the country.

The same report noted that the reproduction number in Cebu "has been decreasing due to the ECQ in the province." However, Cebu Province, in UP's studies, as one LGU, is lumped with all the towns, component cities and highly urbanized cities.

IATF, on the other hand, separates Cebu City and even Mandaue City and Lapu-Lapu City from Cebu City and often counts them as part of the province. Department of Health reports also separate Cebu City from the rest of geographical Cebu.

The #12 UP forecast noted that Cebu City "has been able to contain the surge and is on the way to flattening the epidemic curve." It recommended, however, as of July 23, the continuation of the strict quarantine strategy to sustain the gains already achieved.

Spokesman Harry Roque in Wednesday's press briefing said the country should always beat the UP forecast, adding that "it happened in Cebu already, they were able to reduce the transmission and if Cebu was able to do it, we should be able to it in Metro Manila as well."