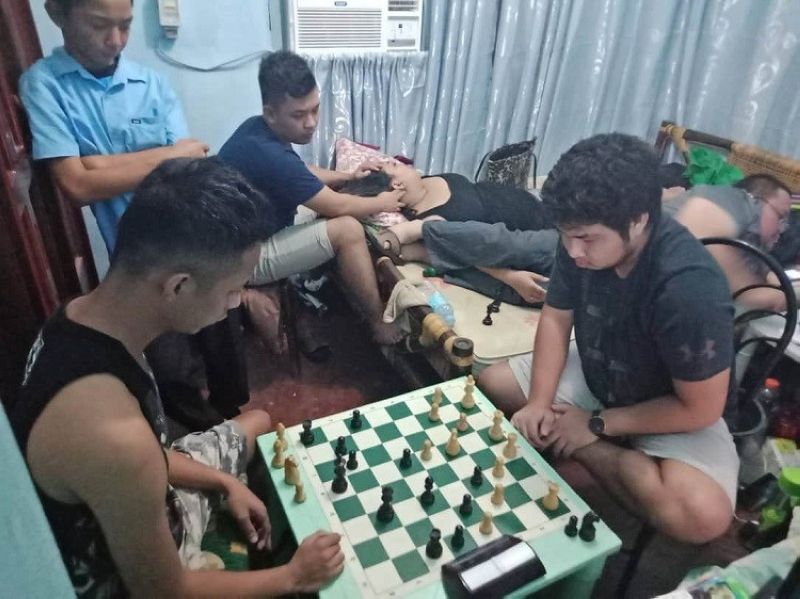 THE late great American chess genius Bobby Fischer must be smiling at the Davao All-Stars after orchestrating what had been recently considered as one of the greatest comebacks in Mindanao online chess battle.

Down by 16 points on the first day of 20-board skirmishes via lichess.org site, the Davao pawn pushers were seemingly done in their revenge-seeking rematch with the Cagayan de Oro's Finest who dealt them a convincing 398-354 shellacking during their first online duel for the 2020 Mindanao Goodwill Challenge last June.

However powered by 1988 National Junior champion in successful businessman National Master Jonathan Tan, the Dabawenyos not only bounced back thrillingly but delivered a mind-blowing comeback in the second round on July 26 that is hard to be forgotten.

With the resurgent Tan unloading 26 points and fellow executive in Arena Grandmaster (AGM) Lyndon Sombilon blasting in 25, the Davao All-Stars essayed the 960 Fischerandom chess en route to pummeling the CdeO-MisOr side, 106-80 for the executives and 126 to only 77 for the regular boards.

The Davao team won the rematch, 413-354--overall. But it was a clear 75-point edge for Davao All-Stars in Fischer random contest invented by former world chess champion Bobby Fischer (1972-1975).

The same observation was made by Davao team skipper IA/FT James Infiesto.

"Mora'g they took us lightly after CDO led by 16 points in the standard event. When our backs were on the wall fighting for honor for Davao's cause, we regrouped, prayed and built our determination to ace a very unexpected successful comeback," Infiesto told SunStar Cagayan de Oro.

"Sila gyud duha (Tan and Infiesto) who motivated the Davao players to give their best shot, especially encouraging them to invest time for tune-up games in online 960 random chess," Diez said.

"It was quite devastating results for us. Walay practice sa random maayo lang sa standard," said Oro-MisOr team captain Fr. Vic Arellano, who did not discount the possibility of an exciting trilogy after a 1-1 standoff into bringing CDO-Davao's storied chess rivalry to the online format.