Thermal scanners to be installed at Davao City checkpoints 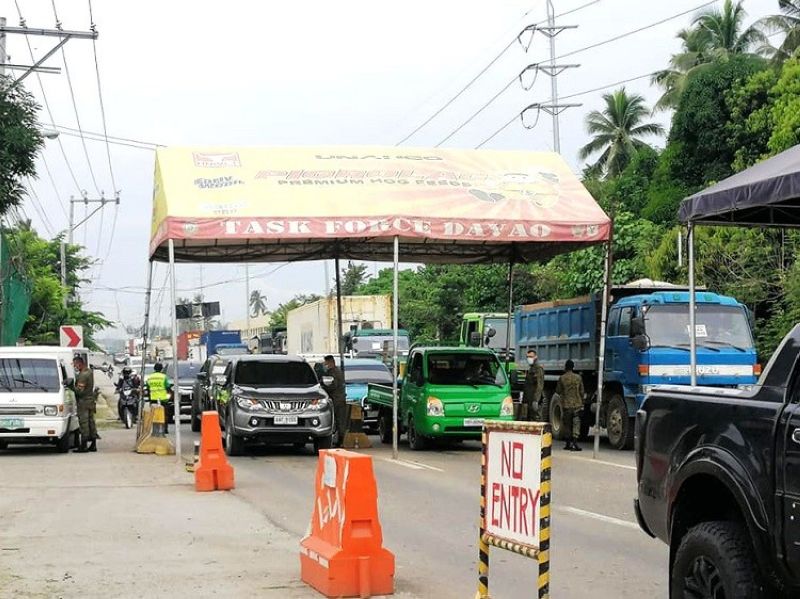 HEALTH screening in Davao City's borders will soon be contactless as the City Government is installing thermal scanners at checkpoints.

Task Force (TF) Davao Commander Consolito Yecla said a thermal scanner was already installed at Lasang checkpoint on Tuesday, July 28, and other city checkpoints in Sirawan, Toril and Lacson in Calinan will also be installed soon.

Yecla said the newly installed scanner will be efficient in the city's health screening procedure for all travelers entering as it will measure temperature with minimal body contact between TF personnel and travelers.

"This is to ensure that the implementation of our strict health protocols is fast and effective," he said in a radio interview via 87.5 FM Davao City Disaster Radio.

The security official said they had beefed up the security and health checkpoints in the city, as part of their measure to ensure that all arriving travelers are not manifesting any symptoms linked to coronavirus disease (Covid-19).

He said passengers who will manifest Covid-19 symptoms will be transported to the city's testing facility.

As of Tuesday, July 28, TF Davao reported having intercepted a total of 175 LSIs at the three major entry points of the city - Lasang, Sirawan and Lacson.

Yecla said that of the 175, there are 87 residents in Davao City while the remaining 88 were just passing by for their destination provinces.

“We escorted them to the boundaries to ensure that they will not make a stop in the city, we treat everyone as a carrier so it will be vital if they make a stop,” he added.

Yecla said some LSIs tried to sneak into the city after Mayor Sara Duterte-Carpio required for a negative RT-PCR test taken at least 72 hours before boarding their flights.

Yecla, meanwhile, reminded people not to travel if they are sick and to travel only when necessary.