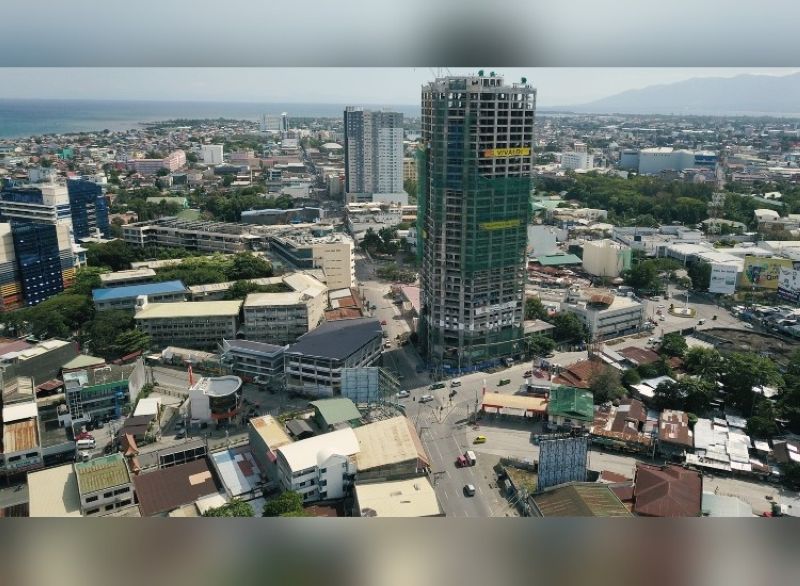 ONE of Davao City's representatives in the Congress has officially filed a bill creating the Metropolitan Davao Development Authority (MDDA) on Wednesday, July 29, 2020.

Ungab said in a previous interview that MDDA will focus on the socio-economic opportunities for the region.

Ungab told SunStar Davao in a phone interview that unlike federalism, a government structure President Rodrigo Duterte is pushing that also aims to provide socio-economic equity, creating Metro Davao is much easier and would not need to undergo several consultations and debates.

He said MDDA is similar to the Metropolitan Manila Development Authority (MMDA).

Higher officials of different municipalities, provinces and cities will compose MDDA, and different planning units such as economic, development, and urban planning will be discussed as one board.

Meanwhile, in his explanatory note, Ungab said the bill creating MDDA is in accordance to Section 13, Article 10 of the 1987 Philippine Constitution stating that "local government units may group themselves, consolidate or coordinate their efforts, services, and resources for purposes commonly beneficial to them in accordance with the law."

He also cited the Philippine Development Plan 2017-2022 adopting the policy of "national dispersion through regional agglomeration," aiming to revitalize large cities and eventually stir them to expand their physical areas for planning as well as their service delivery.

"The rapid urbanization of Davao City, and the increasing population of the cities of Panabo, Tagum, and the Island Garden City of Samal in Davao del Norte and the City of Digos in Davao del Sur requires a complex system of urban infrastructure facilities and services to support the expanding residential, commercial, industrial, and institutional activities," Ungab said in the explanatory note.

With the continuous growth of the abovementioned local government units (LGUs), he said there is a need to create metropolitan level management.

He said the bill intends to centralize and oversee the development efforts and initiatives which will deal with the challenges and problems confronting all LGUs in the region.

"It will help rationalize the usage of infrastructures and thoroughfares, transport and traffic management including the institution of a single ticketing system," Ungab said.

He added the bill also intends to build alternative roads that would bring tourists straight to their desired destinations, which will lessen traffic congestion.

In July this year, Davao City Mayor Sara Duterte-Carpio formed a localized-steering body that will manage the implementation of the MDDA.

Duterte-Carpio, who is the chairman of the committee creating MDDA at the Regional Development Council-Davao Region (RDC-Davao), created the Davao City Coordinating Committee (DCCC).

DCCC is a formed body that will ensure "a single direction towards developing the coastal cities and towns along the Davao Gulf."

The local body will work closely with the Metropolitan Davao Development Coordinating Committee (MDDCC) in seeing the proper implementation of the medium and long-term plans and programs of the city and its land use, consistent with regional and national development objectives and priorities.

"Its functions also include preparation of priority programs and projects, identifying sources of funds, and packaging of projects for funding institutions. It will also ensure the proper monitoring of projects and programs and recommend solutions should there be problems of implementation," the press statement said.

Each LGU within the Metro Davao needs to form a steering group to coordinate with the MDDCC.

Duterte-Carpio admitted in a previous interview that passing the bill in Congress would take time before it will be processed, although she is hopeful that it will be enacted and implemented in 2022.