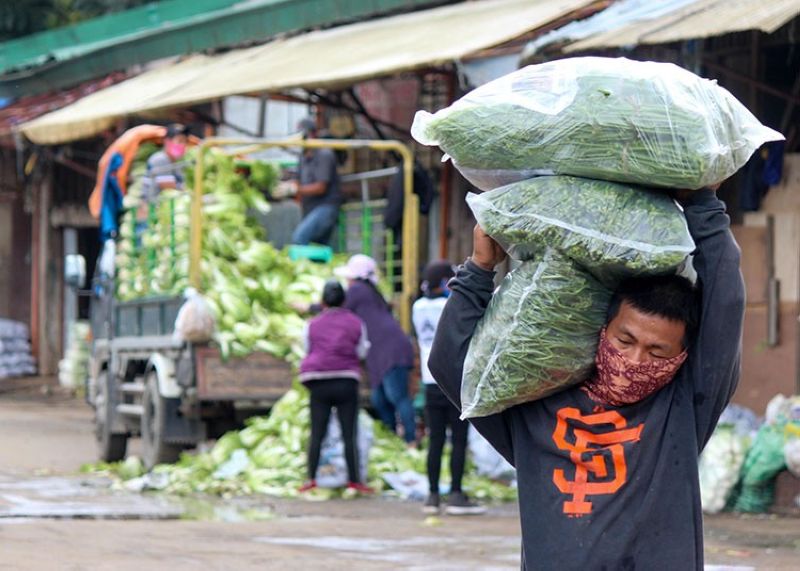 BENGUET legislative caretaker Eric Go Yap filed House Bill 7136 or the "Marketing and Utilization of Local Produce Act of 2020," which urges restaurants, hotels and catering services prioritize the purchase of the agricultural produce from local farmers.

Yap, who is also the ACT-CIS partylist representative, said they want food establishments to purchase vegetables from Benguet Province in order to support local produce.

The lawmaker said this will boost the local economy, as it will support the production of farmers and the business of food service establishments.

"Because there is no established mechanism to meet the demand with the supply of agricultural products in the food service business, tons of it are put into waste. Instead of gaining profits from their produce, our local farmers and producers then suffer a financial loss. To address this, we are proposing HBN 7136 which promotes the farm to table movement," Yap said.

Yap added that in areas without access to nearby farms, there should be a centralized system to link the establishments with a designated central source of the products they need.

Under this mechanism, Yap said establishments in urban areas will procure vegetables from the vegetable producing towns in the Province of Benguet as the central source.

The lawmaker said that in relation to the proposed bill, they have talks with other farmers not only in Benguet but other areas in the country including Nueva Ecija, Bulacan, and Mindoro.

Yap added the intention of the proposed bill is to prioritize the welfare of local farmers and the country's food security.

"This measure goes both ways -- to safeguard the income and production of our local farmers and to guarantee food service establishments with fresher and much cheaper agricultural products they need for their food preparation and production. For the benefit of the latter, this will also create appeal to customers as it attends to environmental issues and consumer ethics," Yap added.

Augusta Balanoy of the League of Associations at La Trinidad Vegetable Trading Post and manager of the Hi-Land Farmers Multi-Purpose Cooperative said they hope the proposed measure to truly empower farmers.

"We welcome the proposed measure and hope that the guideline to be made is geared towards a marketing scheme that will truly help empower the farmer as a major stakeholder of the vegetable industry," Balanoy said.

Balanoy added the proposed bill should also be in synch with the preparation of the farmers especially knowledge and skill on how to deal with specific markets citing many challenges when it comes to markets who are purchasing vegetables.

These challenges include packing, quality, and payment scheme among others.

Benguet is home to the La Trinidad Vegetable Trading Post and Benguet Agri-Pinoy Trading Center delivering vegetables to key markets in Manila such as Divisoria and Balintawak and other areas in the country like La Union, Ilocos, Pangasinan, Tarlac, Palawan, Cebu and Iloilo, among others.