Some arriving passengers refuse to get tested 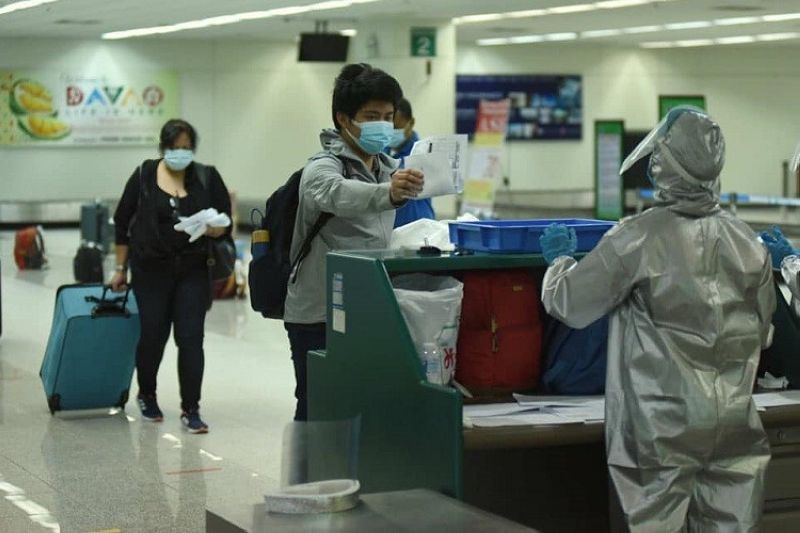 SOME commercial flight passengers have been refusing to get tested for the Sars-CoV-2, the virus causing the coronavirus disease (Covid-19), claiming they have issues about the reverse transcription polymerase chain reaction (RT-PCR) test's accuracy.

The matter was raised in a radio interview with Davao City Mayor Sara Duterte-Carpio on Friday, July 31, as the City Government requires passengers to secure a negative RT-PCR test within 72 hours upon arrival at the Francisco Bangoy International Airport, also known as Davao International Airport.

Passengers, with no RT-PCR tests results, will be tested for free, but would have to be put on hold while waiting for his or her result at the city's holding facility for a maximum of 48 hours.

However, Dr. Jack Stuart, epidemiologist at Brokenshire Hospital in the city, said there is a great reservation on the use of RT-PCR test kits in detecting individuals contracted with Covid-19 as it will possibly yield false positive and negative results.

According to Stuart, the accuracy rate of the test kit is only between 60 to 80 percent.

Duterte-Carpio said that while she cannot respond to Stuart's claim of RT-PCR's inaccuracy, this has been recommended by the city's health consultant as a "gold standard" in tracing the virus.

"Dili ko technician sa machine (I am no technician), but according to the doctor, there is nothing higher sa pagkakaron (for now) but using RT-PCR," the mayor said in an interview with 87.5 FM Davao city Disaster Radio.

The mayor, meanwhile, said the city is strictly requiring testing for arriving passengers to ensure that these individuals will be immediately quarantined once tested positive. This is to prevent them from transmitting the virus in their communities.

Since the city required the negative RT-PCR for passengers, the city already tested 1,351 passengers as of July 29, wherein 56 tested positive.

The mayor also said there is a need to test everyone, whether the passenger is a resident of the city or not, because there is no telling whether they are honest in filling out their health screening cards.

"Pinaka-safe na himuon (The safest way we can do) is to test all arriving passengers," Duterte-Carpio said.

Meanwhile, the mayor re-iterated that passengers who are not from Davao City and Davao Region shold coordinate with their respective local government units before they will decide to pass through the Davao International Airport.

She previously suggested passengers outside the region to travel to other Mindanao airports nearer to their hometowns to avoid inconveniences.