Basilica not pushing thru with public masses 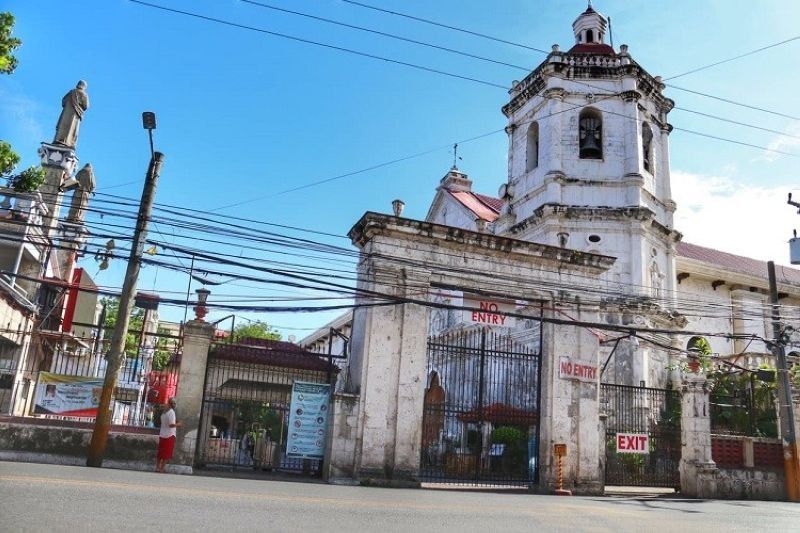 CEBU. With her rosary, a woman is seen praying outside the Basilica Minore del Santo Niño de Cebu, which was temporary closed due to the Covid-19 pandemic. (Photo by Amper Campaña)

FOLLOWING the new guidelines issued by the Cebu City Government after the city was placed under general community quarantine (GCQ) effective August 1 to 15, Basilica Minore del Sto. Niño has cancelled its plan to resume mass celebrations with the public.

Rev. Fr. Aladdin Luzon, OSA, confirmed this in a text message to SunStar Cebu, saying they will instead push through with a daily live broadcast of their mass celebration from Mondays to Sundays every 8 a.m. and 2 p.m.

On Friday, July 31, the Basilica announced that public masses will resume on August 2, Sunday, at the Pilgrim Center after the city's community quarantine status has been downgraded to general.

But Cebu City Mayor Edgar Labella issued the Executive Order 086 Series of 2020 night of the same day, indicating that religious gatherings will be limited to not more than 10 persons "unless otherwise modified through subsequent issuances."

The Basilica church and Kandilaan area, however, will continue to be open to pilgrims and devotees from Mondays to Saturdays only. The Basilica is closed on Sundays, Luzon said.

Luzon said the movements of the pilgrims and devotees inside the Pilgrim Center will be controlled. They will only be allowed to enter in limited areas.

"Controlled movements include no loitering, no overcrowding, no picture taking, no touching of statues. Limited areas lang ang ma visit to ensure the safety of everyone," he said. (WBS)