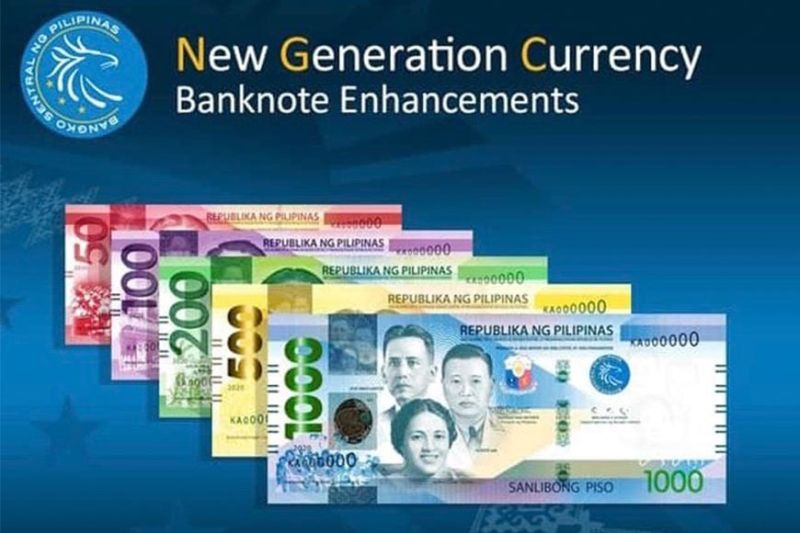 ENHANCED FEATURES. The Bangko Sentral ng Pilipinas has enhanced the security features of the country’s banknotes as part of the global best practices and to assist the elderly and the visually impaired to identify banknotes and distinguish one denomination from another. (Contributed, BSP)

TO RESPOND to the needs of the elderly and visually impaired, the Bangko Sentral ng Pilipinas (BSP) has launched enhanced Philippine banknotes that feature the latest anti-counterfeiting technology.

The BSP added short horizontal lines that may be touched and felt at the right side of the banknotes to further refine the current series’ design.

There will be one pair of these lines for the P50 bill, two pairs for the P100 bill, three for the P200 bill, four for the P500 bill and five for the P1,000 bill. This is to assist the elderly and the visually impaired to identify banknotes and distinguish one denomination from another.

“To further promote inclusivity and integrity in our currency, the BSP also took an opportunity to further improve our banknotes as part of the global best practices and, at the same time, improve on its design and security features,” said BSP Gov. Benjamin Diokno.

The security features of the P500 and P1,000 were also strengthened by adding a roller bar effect on the value panels and color-shifting in the Optically Variable Ink. These features will make the higher denominations more difficult to counterfeit.

Moreover, the improvements highlight the country’s rich culture by featuring indigenous Filipino weaves on the windowed security thread of the P100, P200, P500 and P1,000 banknotes.

The NGC banknotes without the enhanced features will remain legal tender and shall co-exist with the abovementioned enhanced banknotes.

Enhancements to the NGC banknotes include the enhancement illustration with additional tactile marks for the elderly and visually impaired in the form of intaglio-printed pairs of short horizontal lines; windowed security thread (P100, P200, P500 and P1,000) featuring indigenous weaves from various regions of the country; optically variable ink (P500 and P1,000), color-shifting when tilted; and enhanced value panel (P500 and P1,000) by adding a rolling-bar effect. (JOB with PR)