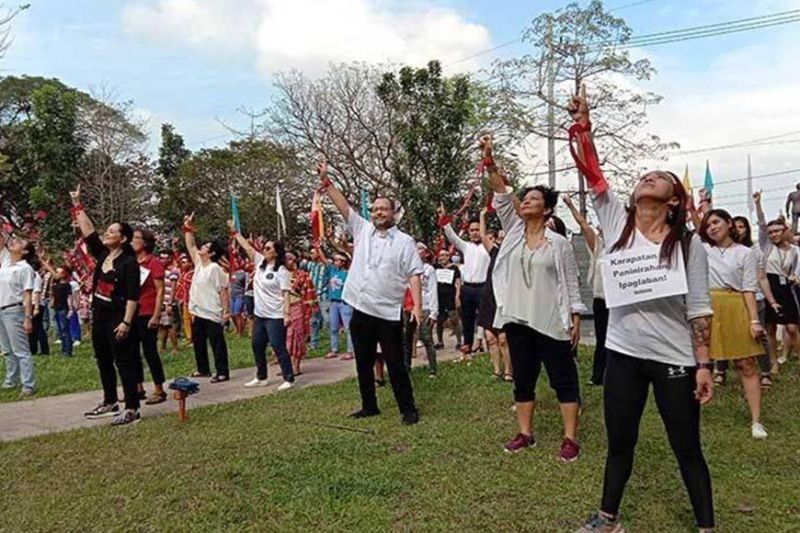 HEART OF ABUSE. The decline in cases of violence against women and children under lockdown should urge stakeholders to reach out to vulnerable women and children who may be subjected to insidious forms of domestic abuse, such as emotional and financial abuse that are aimed at reducing a victim to accept her worthlessness and cooperate with her abuser in her own exploitation. (File photo)

THE hashtag #challengeaccepted recently became viral when women around the globe posted a black-and-white photo of themselves and tagged 50 other women to urge that “We are beautiful the way we are” and that “we should take care of each other.”

While the sentiments on sisterhood were circulating, other posts drew attention to the original context of the #blackandwhitechallenge movement.

In Turkey, black-and-white photos of women murdered by men, with whom they were related to or intimate with, pushed other women to post their own black-and-white pictures to show their solidarity with the victims of femicide.

According to netizen Saloni Chopra, the #blackandwhitechallenge emphasizes the “harsh reality that one day it could be their picture up there.”

One of the toughest realizations from the cases of violence committed against women and children is that the gravest threats exist at home.

United Nations Special Rapporteur on violence against women Dubravka Simonovic warned that rates of domestic violence will “increase and worsen considerably” as victims and potential victims are isolated with their abusers under lockdown, reported cnnphilippines.com on April 6.

The Commission on Human Rights (CHR) noted that threats of domestic abuse against women and children increase and reflect a “recurring pattern during nationwide conflict, natural disasters, or disease outbreak,” according to the same report.

Yet the CHR admitted that domestic abuse is “difficult” to track as “cases mostly remain unreported” in the country.

Last May 9, Rappler.com reported that the Philippine National Police’s Women Child Protection Center recorded a decrease in cases of gender-based violence and violence against women and children reported during the March 15-April 30 period, when Metro Manila and then the entire Luzon was placed under enhanced community quarantine (ECQ).

The same Rappler report cited the possible reasons for the downward trend: the pandemic was prioritized by government staff and social services; lockdown protocols, absence of public transportation and lack of resources hampered many victims from seeking help outside the home; and Filipino women exhibit a “low help-seeking behavior” even before the pandemic.

According to the 2017 National Demographic and Health Survey conducted by the Philippine Statistics Authority, only one in three Filipinas sought help for “physical or sexual violence.”

If women hesitate to seek help for physical or sexual violence, will they not only sublimate the more insidious forms of domestic abuse, such as financial and emotional abuse?

After interviewing violence survivors and women’s welfare advocates, Australian journalist Jess Hill replaced the term “domestic violence” with “domestic abuse” in the final stages of her manuscript before its publication as a book, “See What You Made Me Do: Power, Control and Domestic Abuse.”

Hill said that in the most damaging relationships, the mere threat of physical violence suffices to cow the victim.

Testimonies point out that the long-term work in helping a victim recover focuses on healing the invisible scars left by years of unremitting emotional abuse, financial dependence on the abuser and social isolation from family and friends who could have intervened or helped the victim.

Breaking the spirit of a victim means converting a woman to view her abuser as protector and guardian so she participates in her own degradation.

Stakeholders must combat the constraints of community quarantine to help vulnerable women and children recognize and resist attempts to break them and reduce them into victims and statistics.