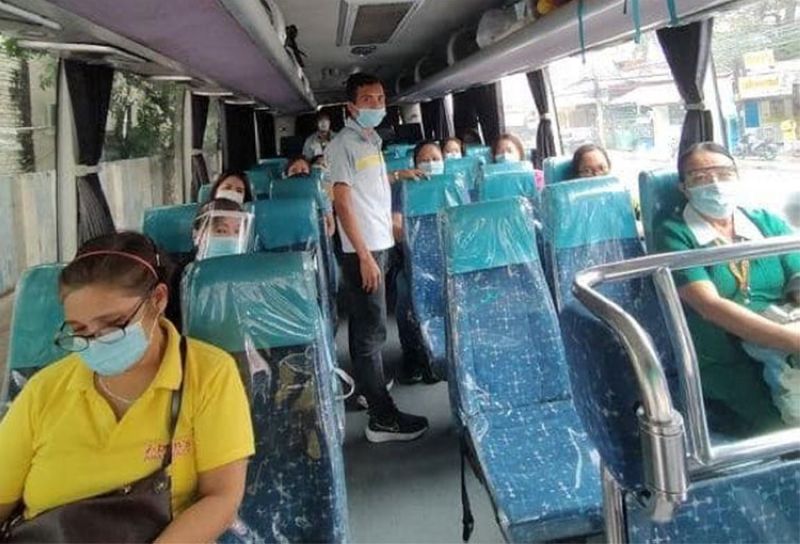 AS CEBU City shifted to general community quarantine (GCQ) status on Saturday, Aug. 1, 2020, the Office of the Presidential Assistant for the Visayas (Opav) announced that the Malasakit Bus ni Tatay at Kuya would make its last trip on Monday, Aug. 3.

Malasakit bus operations, however, will resume if the city reverts to a higher community quarantine status.

Throughout the almost five months of operations of the Malasakit bus starting on March 19, the bus units, numbering 10 to 15 at an any given time, plied their routes daily from 5:30 a.m. to 11:30 p.m., giving free rides to medical frontliners affected by the lack of public transportation, according to the Opav.

Malasakit buses attained a health care worker ridership of 80,000 during its operation period, it said.

With the easing of quarantine restrictions, the Land Transportation Franchising and Regulatory Board 7 has allowed some public transportation to operate.

The Opav and the Cristina Lee Dino Foundation, the sponsor of the free bus service, said they salute all health care workers, “who have heroically continued to be the first line of defense against the pandemic.”

They also remind the public to continue to observe the usual health protocol despite the easing of quarantine restrictions, as Sars-Cov-2, the virus that causes the coronavirus disease 2109, is still present.

“It is hoped that everyone shows their ‘malasakit (concern)’ to each other by wearing face masks properly, practicing proper hand washing and maintaining physical distancing rules,” Opav said. (WBS with PR)