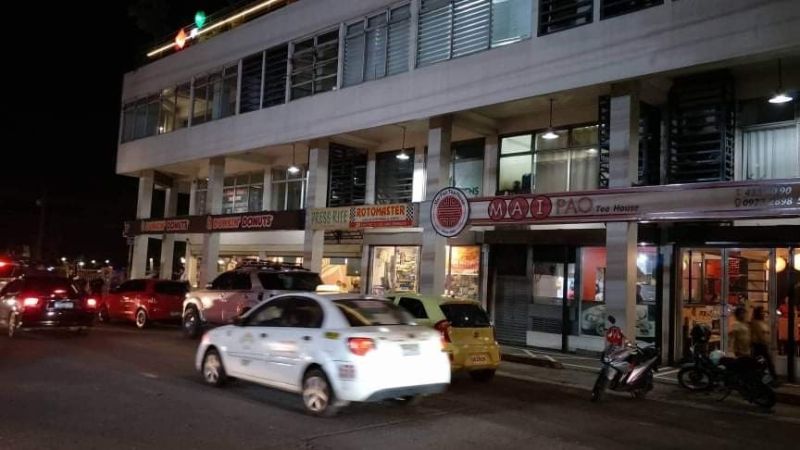 For some local businessmen, the proposed new curfew hours from 8 p.m. to 4 a.m. is too early and will further hurt night businesses thus, they are appealing for reconsideration to the City Government. (File photo)

This was how some businessmen viewed the proposed new curfew hours, from 8 p.m. to 4 a.m., in Bacolod City in light of the prevailing coronavirus disease (Covid-19) threat.

Frank Carbon, chief executive officer of Metro Bacolod Chamber of Commerce and Industry (MBCCI), said they are apprehensive that the 8 p.m. to 4 a.m. curfew schedule might result in zero-night business activity.

Carbon said this was the consensus of some members of the local business community especially retail establishments like malls, department stores and supermarkets in a consultation over the weekend.

"What sustain most of these businesses now are its groceries and food sections," he said, adding that good business traffic among these establishments is between 5 p.m. to 6 p.m. when most employees have gone out from their workplaces.

The EO stated that "it advocates for consideration of the Sangguniang Panlungsod (SP) that the daily curfew shall be set from 8 p.m. to 4 a.m."

If this is the case, Carbon said, business establishments are seen to most likely "stop operation" by 6 p.m. so to give time for cleaning and closing the stores.

The business community, according to Carbon, said if the mayor intends to limit the movement of the people, the curfew hours can be reverted back to its existing schedule of 10 p.m. to 4 a.m. instead of adjusting it to 8 p.m. to 4 a.m.

Carbon pointed out that in Metro Manila, for instance, which is under General Community Quarantine (GCQ), most businesses are allowed to operate until 10 p.m.

"Longer curfew hours would further hurt night businesses like restaurants whose operations have already been affected due to some restrictions as part of health protocols," he added.

Night businesses, or those operating from 5 p.m. onwards, comprise about 30 to 40 percent of the entire business landscape in the city.

As this developed, the business sector is sending a letter today to the mayor as well as to Vice Mayor El Cid Familiaran and the SP appealing them to reconsider the proposed new curfew hours.

Carbon recalled that in a previous discussion with Councilor Archie Baribar, who authored the curfew ordinance, the latter said his committee will recommend a curfew starting 10 p.m. if under a GCQ and 11 p.m. for MGCQ.

"We are okay with it as we are still slowly opening up," he said.

It can be recalled that in a joint position paper earlier, several business organizations in Negros Occidental have expressed opposition to the request of a group of doctors to place the city back under Enhanced Community Quarantine (ECQ).

For the city government's part, Bacolod Mayor Evelio Leonardia said, “The 8 p.m. to 4 a.m. curfew is only a proposal as of the moment, and may I make it clear therefore, that today until the Sangguniang Panlungsod (SP) acts on this the curfew will stay at 10 p.m. to 4 a.m.”

Leonardia said notwithstanding the existing ordinance on curfew and owing to the continuing concern to limit the movement of the citizens during the day in order to strengthen health protocols against coronavirus disease (Covid-19) for the safety and health protection of the general community, he is proposing to set the daily curfew from 10 p.m. to 4 a.m. to 8 p.m. to 4 a.m.

“If the Sangguniang will eventually act on it and hopefully by this coming Wednesday then that is we correspondingly makes some necessary changes or adjustments on our curfew,” he said.

He added exemptions will be made for public emergencies, fire and ambulance services, those working night shifts in private establishments, media practitioners, and those city government and police officials and employees whose work may extend to within aforesaid curfew period by reason of the current state of public emergency.

Vice Mayor El Cid Familiaran for his part said the SP has yet to tackle the proposed new curfew hours on Wednesday.

Familiaran, also the chair of the city's inter-agency task force against Covid-19, stressed that the City Council has yet to amend the existing curfew ordinance providing for a curfew period from 10 p.m. to 4 a.m.

There have been reports that some business establishments have closed early on Saturday evening due to "confusions" on the implementation of new curfew hours.