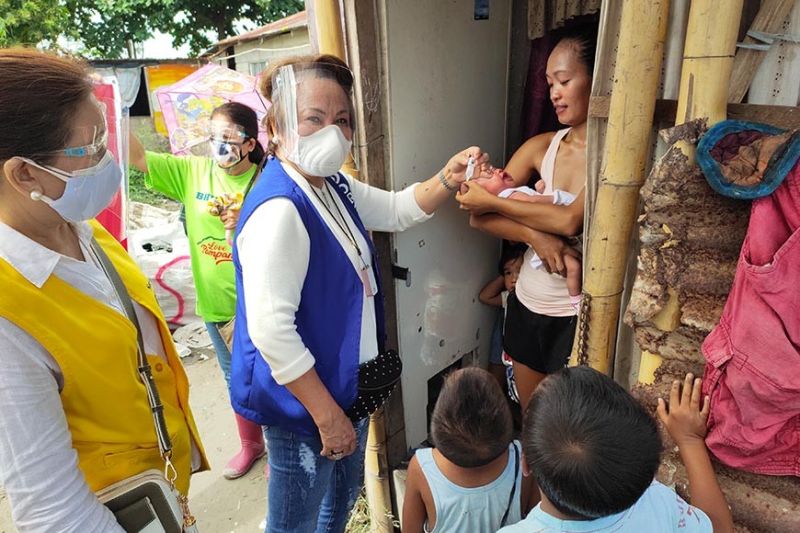 THE Soroptimist International of Guagua partnered with the Municipal Government of Guagua, through its rural health units (RHU), for the resumption of the "Sabayang Patak Kontra Polio" campaign on Monday, August 3, to combat the polio virus outbreak in the Philippines.

Soroptimist International of Guagua president Divine David-Tulio said their organization is all-out in extending much needed support for the polio immunization campaign, which was shortly put on hold because of the coronavirus disease (Covid-19) pandemic.

"We believe that helping the local government with this program will ensure the healthier future of many young people in this town," Tulio said.

Tulio, along with past president Susan Dyco, joined with RHU personnel and Barangay Health Workers in making the rounds of vaccinations in Barangay San Rafael. Children below five years old were given oral anti- polio vaccine. This was in line with the simultaneous vaccinations carried out in different barangays of the town.

The Sabayang Patak Kontra Polio campaign started in July 2019 after the detection of polioviruses from waterways in the National Capital Region (NCR). A polio outbreak was declared by DOH in September 19, 19 years after the country was declared polio-free by the World Health Organization in 2000.

A highly infectious disease that mainly affects young children who have not completed their vaccination schedules, polio is transmitted from person-to-person primarily through the fecal-to-oral route resulting from poor sanitation and hygiene practices and less frequently through contaminated food or water.

Once in the intestine, the poliovirus multiplies and it can invade the nervous system and cause paralysis or even death.