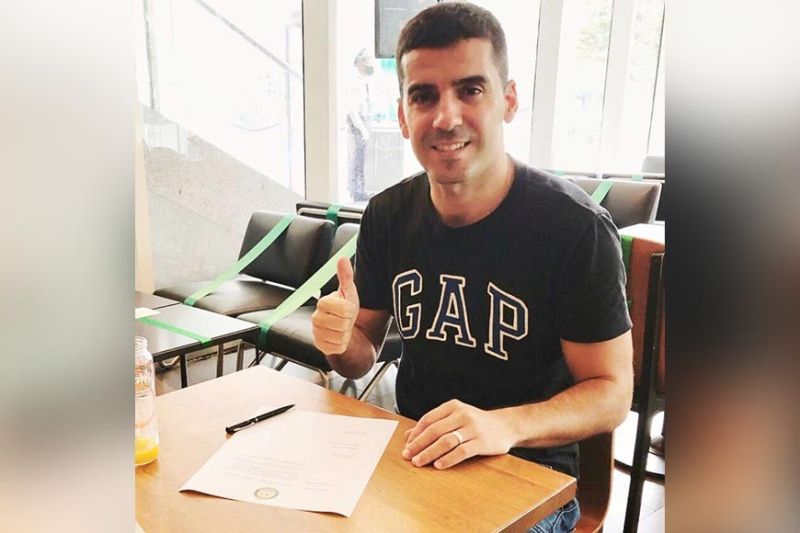 THE United City Football Club (UCFC) made one of its biggest signings last Sunday, August 2, when they signed the 2019 AFC Cup top scorer Bienvenido Marañon Morejon.

The 34-year-old forward from Cadiz, Spain has helped Ceres-Negros to win the Philippines Football League (PFL) championship in the past 4 seasons -- winning the back-to-back league's top scorer with 30 goals, and 10 more goals in the AFC Cup campaign.

During the 2020 AFC Champions League Qualifiers and the ongoing AFC Cup, he started all 6 games by scoring a total of 5 goals.

Marañon feels happy after signing with UCFC. "I'm so happy and craving to meet my teammates in training and play together again," he said.

Despite the pandemic, Marañon kept himself fit and mentally strong by doing personal training. "Now with the training soon to resume, I'm doing more physical training and ball exercises," he added.

Marañon, who stayed in Manila during the quarantine period, felt saddened to what happened to Ceres-Negros FC.

"To the Ceres FC supporters, I'm very sad that Ceres [Negros] FC and the professional football in Bacolod disappeared. I hope that in the near future, they can have a new professional team again and enjoy it as always. I will miss them a lot," expressed Marañon.

"To my fans, I will be staying in the Philippine and the new team because of you. You have given me everything during this more than five years and now it's my time to give back something in return," he added.

The bills seek to grant Philippine citizenship to both Mendy, and Marañon giving them all the rights and privileges as well as the duties and obligations under the Constitution and the laws of the land.

In the five years that he has been playing football in the Philippines, Marañon has come to love the country and its people. He engages himself in community work, collaborating with local football clubs in the cities of Sagay and Bacolod in Negros Occidental, Boracay in Aklan, as well as in Manila.

He wants to inspire and encourage the Filipino youth to play the sport that saved him from drugs, alcohol, and other bad habits.

He dreams of building a family in this country and raising his children surrounded by the kindness, humility, and hospitality that Filipinos are known for. He also aspires to represent the Philippines as part of the national team vying in international competitions, and make the country known as one of the top teams in the world of football.