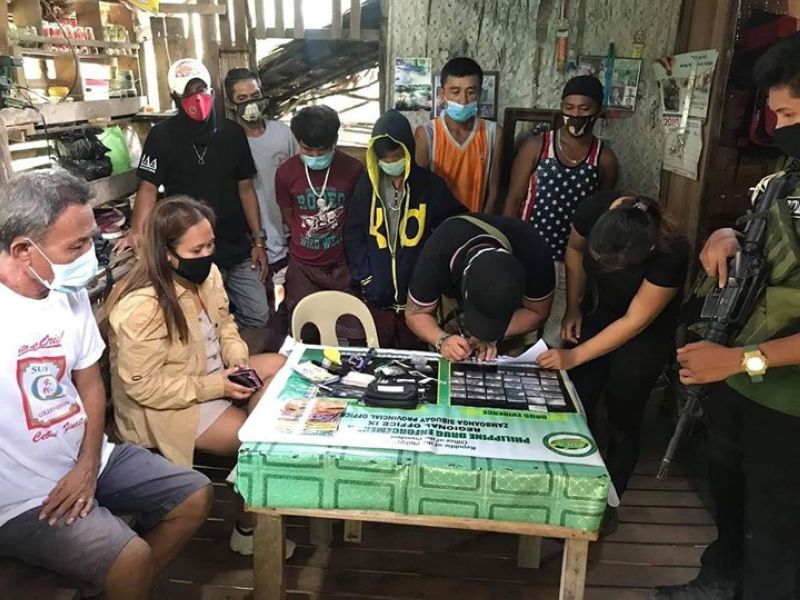 ZAMBOANGA. Operatives of the Philippine Drug Enforcement Agency backed by policemen have dismantled a drug den in a drug bust on Sunday, August 2, in Ipil, Zamboanga Sibugay. A photo handout shows the six suspects (standing) the lawmen arrested in the drug den. (SunStar Zamboanga)

OPERATIVES of the Philippine Drug Enforcement Agency (PDEA) backed by policemen have arrested six people as they dismantled a drug den in the province of Zamboanga Sibugay.

In a statement Monday, the PDEA-Zamboanga Peninsula identified one of the two drug maintainer as Amman Ontong Mocaddam, 24.

The other drug maintainer, who is a 15-year-old child, was placed under the temporary custody of his older sister.

The PDEA said the suspects were arrested in a drug bust around 2:30 p.m., Sunday, in Purok Gemelina in Upper Pangi village, Ipil, Zamboanga Sibugay.

Recovered from the suspects were some 20 grams of suspected shabu with an estimated worth of P136,000, two motorcycles, P2,790 cash of different denominations believed to be proceeds of illegal drug trade, 29 bills of P1,000 boodle money topped with one genuine P500, and illegal drug paraphernalia.