Editorial: Grab leaders by the ear 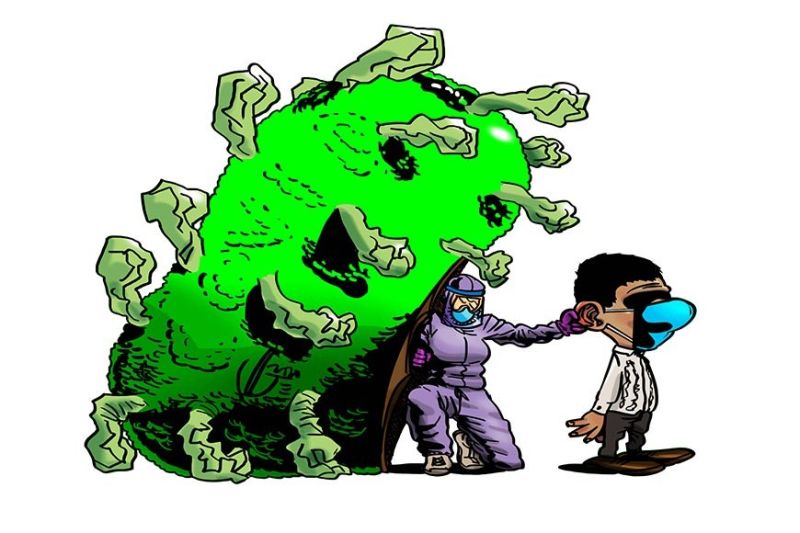 THE problem with incompetence is that there is always its opposite that magnifies it. Each time a local government unit dumps the blame on just about anything and anyone, there is always on the other hand, some leadership somewhere that fared better, and without so much a fuss.

And then there is always that stubborn defensiveness and pride that one is doing so right that any criticism is at once killed off as ill-meaning. That is our misfortune today.

In the middle of this health crisis, a good number of sensible proposals fly from just about every side of the community. We were never short of them even at the outset, and yet government seems to behave in solipsistic terms—singularly hearing other voices as mere politicking. Did we heal? As one?

On July 31, 2020, health workers led by the Philippine College of Physicians (PCP) streamed their own presser, releasing a statement asking government leadership to hold stricter lockdowns for at least two weeks. The medical frontliners have been drained by an incessant onslaught of Covid-19 cases for months now. A two-week enhanced community quarantine will at least buoy them above water, and for government to reexamine a policy that pales against the burgeoning figure of over 100,000 infections. In a nutshell, it was a distress call.

To recall, government addressed the concerns of public hospital nurses by implementing the long-overdue upgrade of their salary according to the Philippine Nursing Act of 2002. Entry level pay for government nurses is now at around P30,000. Consequently, the raise created a stark contrast to the base pay of private hospital nurses who are earning an average of P15,000.

The PCP’s statement didn’t bode well with the President, who was slighted by the means through which the message reached him. The press secretary announced it so, asking why the President was the last to know of these gripes. Just how exactly can one be so out of touch from ground realities?

Meantime, there is also the persistent call for government to intensify three basic, yet crucial elements in the fight against the pandemic: data, tests, aid.

More than the need for data cohesion, sectors also found the validation process wanting. These weak links unfortunately create inaccuracies in the decision-making.

Vice President Leni Robredo had outlined a good batch of nitty-gritty details on how to carry out the frontline fight. They can be useful inputs in the crafting of the Bayanihan sequel.

Again, if only government can find it in itself to take in suggestions and not blind itself with the paranoia that anyone who opens a mouth is a bogey that is out to unseat them.