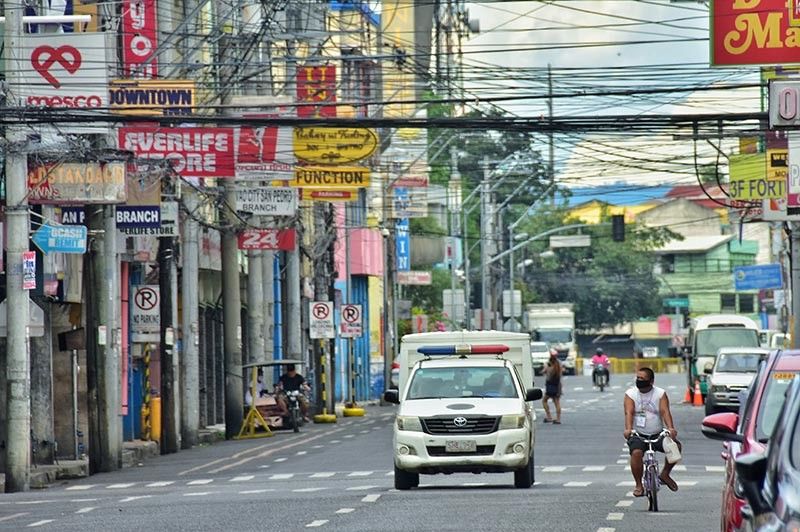 AMID Davao City Mayor Sara Duterte-Carpio's call for Dabawenyos to “self-regulate” following the pronouncement of the lifting of the food and medicine (FM) passes and curfew in the city, the mayor noted that some still fail to observe health measures.

Duterte-Carpio, who had been reiterating to observe the "new normal" practices such as observing physical distancing and the proper wearing of face masks in public areas, said on Monday, August 3, that some Dabawenyos still do not comply with it.

The mayor said she personally saw it while she was at the City Hall of Davao.

The city government was supposed to officially lift the FM pass and the curfew through an Executive Order (EO), but as of Monday afternoon, the mayor was still finishing the draft of the EO.

The mayor admitted she had a hard time harmonizing the EO with the existing Inter-Agency Task Force on Emerging Infectious Diseases (IATF-EID) Omnibus Guidelines for areas placed under modified general community quarantine (MGCQ).

Meanwhile, the mayor has been reminding the residents that they still need to observe precautionary measures to slow down the transmission of Covid-19 in the city such as staying at home and avoiding going out for non-essential purposes, except for people who need to go out for work, consult the doctors, buy medicines, and buy other essential commodities.

Davao City, according to the August 2 data of the Department of Health, has a total of 916 confirmed Covid-19 cases, wherein 603 already recovered, 271 active cases or is still recovering, and 42 deaths.

Based on the city's active cases, the mayor said, “it is still manageable.”

She previously said the local government hopes to keep the Covid-19 cases in the city manageable.

“Otherwise the city will be closed again which is something that we do not want to happen,” Duterte-Carpio said.