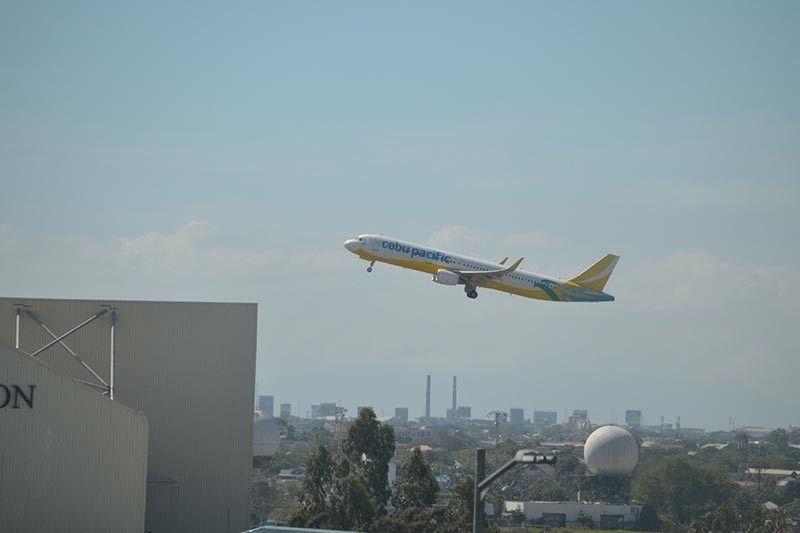 DAVAO City Mayor Sara Duterte-Carpio admitted that the city government is still short of its targeted bed capacities in its isolation and holding facilities, resulting in the limited commercial flights at the Francisco Bangoy International Airport, also known as Davao International Airport.

Duterte-Carpio said on Monday, August 3, that many commercial airlines signified their intention to add more flights going to Davao City, but while the city wanted to approve their request to normalize the operation at the Davao airport, they are forced to limit the flights coming in due to the existing health protocols for arriving passengers.

"Gusto nako masabtan sa atong airlines [companies] nga gusto unta nato dungagan atong flights going to Davao International Airport, but unfortunately, short gyud mi sa target namo nga 1,000 beds as holding facilities for plane passengers because diria sa ato, we want to catch the positive pag-abot nila dayon kay para dili sila ma-immerse sa atong mga communities (We hope that airline companies would understand that as much as we want to add more commercial flights going to Davao International Airport, but unfortunately, we are short of our targeted 1,000 beds in our holding facilities for our plane passengers as we want to catch the Covid-19 carriers before they are immersed in our communities)," she said in an interview via 87.5 FM Davao City Disaster Radio.

This is in relation to the existing airport policy, wherein arriving passengers are required to secure a negative reverse transcription polymerase chain reaction (RT-PCR) test results within 72 hours before they will be allowed to leave the airport.

Passengers who failed to secure an RT-PCR test will be tested for free but would have to wait for their test result for a maximum of 48 hours at the holding facility.

The mayor emphasized the need to limit arriving passengers due to the lack of beds from both holding and isolation facilities.

Currently, she said the city has 813 beds from the 13 Covid-19 designated quarantine facilities, 311 are occupied as of August 3.

She said the quarantine facilities, originally intended for suspected, mild positive, and asymptomatic Covid-19 patients, are also being used for regular commercial flight passengers, and locally stranded individuals (LSIs) who are waiting for their RT-PCR test results,

DPWH-Davao Spokesperson Dean Ortiz said the two waiting facilities, one located at the current Davao Airport in C.P. Garcia Highway and the other is at old airport in Sasa, were constructed to serve as holding areas for passengers while waiting for their Covid-19 test results.

The current airport's facility will be composed of 20 air-conditioned mega tents at ten rooms per tent with individual toilets and can accommodate up to 200 persons, while the one at the old airport terminal can accommodate 100.

Duterte-Carpio, meanwhile, said the 20 tents are expected to be fully operational by the first week of September 2020. For now, she said three tents can be used beginning August 6.

The city, currently under modified general community quarantine (MGCQ), had granted for the gradual resumption of air flights but this had also resulted in the increase of Covid-19 cases.

With this, Duterte-Carpio required the passengers to abide by the health measures to curb the further spread of the virus.

"We want to go back to the full operations sa atong mga (of our) airports, as before, subject also sa mga travel restrictions nga i-impose sa (that will be imposed by the) national government and other countries around the world," Duterte-Carpio said.

The mayor, meanwhile, also announced that the majority of the commercial airlines who have international flights direct to Davao City will extend their suspension of operations.

She said SilkAir extended their flight suspension until the end of August this year. Cathay Pacific and Qatar Air, meanwhile, extended the suspension of flights tol October 23 and October 31, respectively. Garuda Air said it would probably resume their operations “during the winter schedule of October to December this year.”

Cebu Pacific and Xiamen Air, according to the mayor, said they will have “to decide as soon as the international flight restrictions of the Davao Airport are lifted per active notice.”

Duterte-Carpio previously said the city intended to resume accepting international flights at the airport early July this year. However, airlines begged off and announced they will suspend their operations due to undisclosed reasons.