Capitol to restrict entry to Pampanga 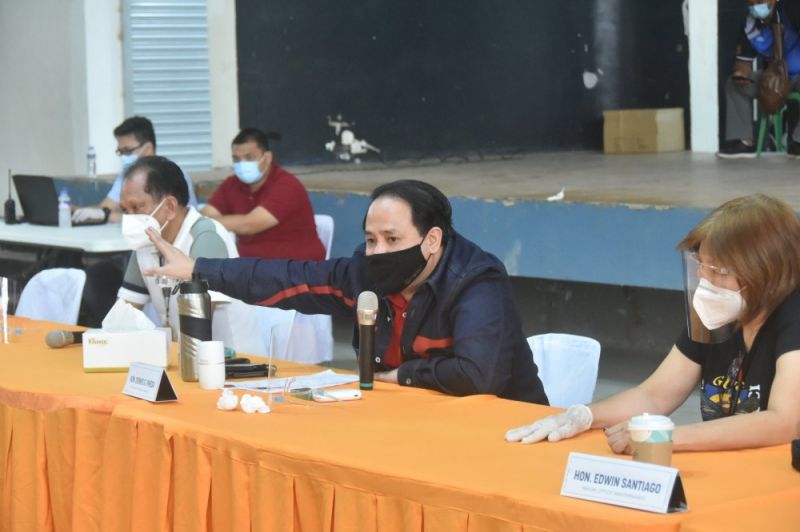 THE Provincial Government, headed by Governor Dennis Pineda, said over the weekend that it will restrict and limit the entry of people to Pampanga, particularly those coming from Metro Manila.

This was learned during the governor's meeting with the local chief executives and some representatives at the Bren Z. Guiao Convention Center in the City of San Fernando last Friday, July 31, where Pineda said that the move is part of measures to contain coronavirus disease (Covid-19) infections, and as Capitol further intensifies measures as the number of confirmed cases continues to escalate in the province.

He advised Kapampangan workers in Metro Manila to register in their respective barangays so that barangay officials would be informed about who are going in and out of the province.

"Lahat po ng Kapampangan na naglalabas-masok mula Metro Manila, mag register kayo sa inyong mga barangay nang gayo'y alam namin kung sinu-sino kayo. Hindi naman sa dini-discriminate namin kayo, nag-iingat lang tayo para sa kapakanan ng lahat (All those coming from Metro Manila should register in your barangays so we know who you are. We are not discriminating you but this is for the sake of everyone," said Pineda.

He said the Provincial Board is now formulating an ordinance that will require Kapampangan workers in Metro Manila to present the result of their Covid-19 swab test before entering the province.

He also urged the barangay officials to strictly monitor and register the citizens going in and out their areas.

According to Pineda, the province is not yet ready to go back to "normal" as long as there are still new cases being reported daily.

"Hangga't wala pa tayong hawak na vaccine, maghihigpit pa rin tayo (Until we have a vaccine, we will remain strict)," he said.

"Medyo nakakabangon na po tayo, kaya nag-aalala ako na kung ibabalik natin sa dati, baka maapektuhan na naman po ang ating ekonomiya. Gagawin ko na lang po ang lahat para mas lalong palakasin ang health system natin, ang hinihingi ko lang po sa aking mga Cabalen ay disiplinahin at ingatan po ninyo ang inyong mga sarili (We are gradually recovering and I am worried that if we go back to the previous status, our economy will be affected. I will do everything to strenghten our health system and all I ask our Cabalen is to disipline and take care of themselves)," he said.

He also asked the help and cooperation of the local chief executives in the contact tracing and housing of the suspected carriers of the virus.

He also mentioned that the Provincial Government is willing to train medical personnel who will be deployed at different isolation areas in each city and municipality. (JTD/With Jasmine D. Jaso/Pampanga PIO)