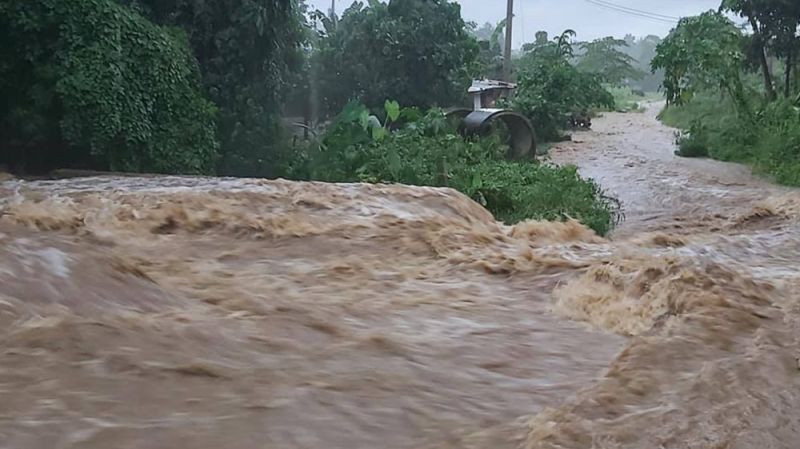 DAVAO City Disaster Risk Reduction and Management Office (CDRRMO) ordered a forced evacuation in some of the city's riverbanks on Tuesday evening, August 4.

CDRRMO, through its official Facebook page, made the announcement due to the continuous moderate to heavy rain and water level increase in upland areas brought about by the trough of a low pressure area (LPA).

As of 4:57 p.m., the city disaster reported an overflow in Barangay Balengaeng creek tributaries of Talomo River, resulting in the forced evacuation of all residents along its riverbanks.

Baloran said they are also closely monitoring areas that are prone to flood, street flooding, and landslides.

Some of the areas near the riverline that are being monitored for flooding include barangays near Lipadas River (Lubogan, Toril Poblacion, Crossing Bayabas, Lizada, and Marapangi), Matina River (Matina Pangi, Matina Crossing, and Matina Aplaya), and Davao River (Tamugan, Callawa, Mandug, Tigato, 19-B, Ma-a, 10-A, Matina Crossing, Bucana, 1-A,2-A, 5-A, 8-A, and 9-A), Bunawan River (Bunawan), Lasang River (Lasang), Panacan Creek, Bago Creek (Bago Gallera and Bago Aplaya), and Mintal Creek (Mintal and Sto. Niño).

He said evacuees are also reminded to wear face masks and observe physical distancing while evacuating.