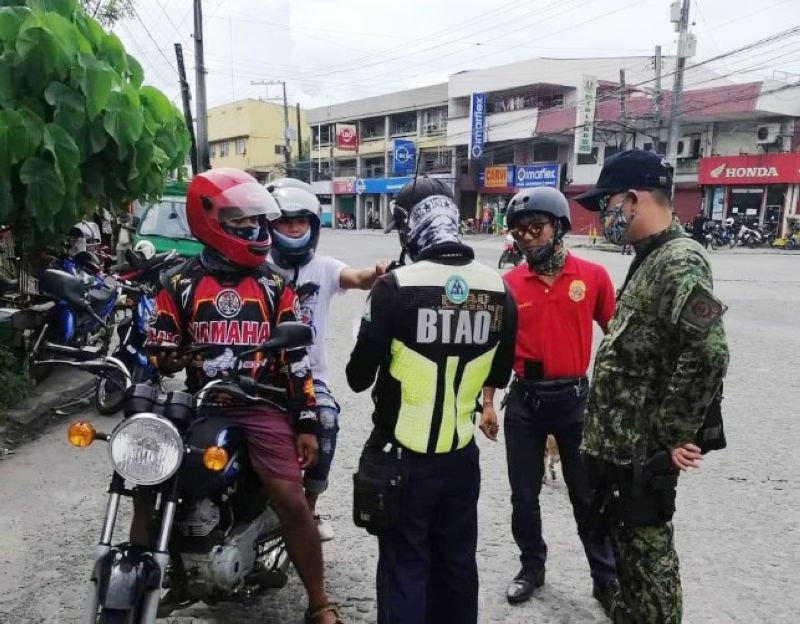 NO BARRIER. The Bacolod Traffic Authority Office (BTAO) arrest 86 violators of the new back-riding policy for failure to install barriers as part of the measures to protect riders against coronavirus disease (Covid-19). BTAO photo

A TOTAL of 86 motorcycle riders were arrested by Bacolod Traffic Authority Office (BTAO) in Bacolod City from August 1 to 4 for failure to install barriers as part of the measures to protect riders against coronavirus disease (Covid-19).

He said the violators were arrested for not observing the social distancing or failure to put up barrier on their motorcycles.

He added the violators were fined for violation of Executive Order (EO) No. 35 for not observing social distancing amounting to P500 for the first offense, P1,000 for the second offense, P1,500 for the third offense and fourth offense revocation of driver's license, and violation of of City Ordinance No. 926, the mandatory wearing of face mask and observance of social distancing, which was implemented by Task Force Disiplina, amounting to P200, and P300 for non-residents of Bacolod.

Acebuche pointed out that only the motorcycle drivers were given citation tickets.

He added that they will continue their operation to arrest the erring drivers who fail to put up a barrier on the motorcycle.