Can the 'Beast' be tamed? 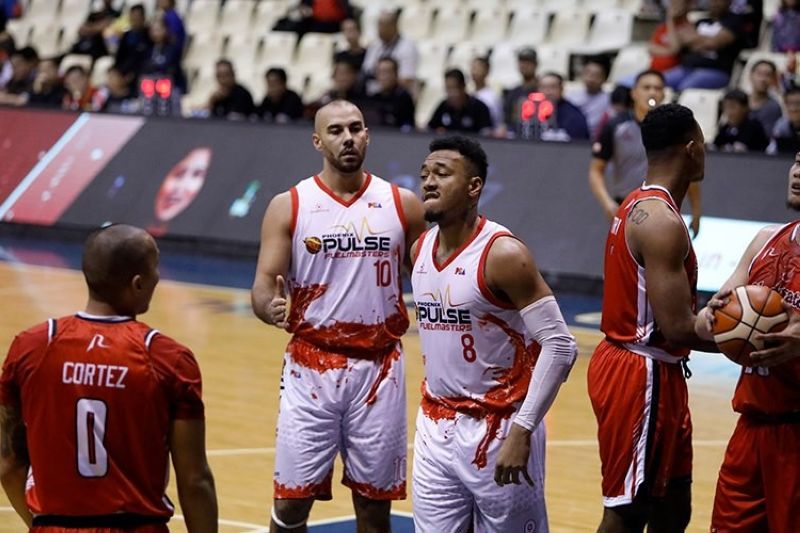 The Games and Amusement Board (GAB) chairman Baham Mitra is hoping that Calvin Abueva (center, wearing jersey number 8) has tamed himself a little bit if and when he returns to the PBA. (PBA photo)

Phoenix forward Calvin Abueva has been away from the Philippine Basketball Association (PBA) for more than a year now as a result of an indefinite suspension slapped on him by the league because of several unpleasant incidents that he got involved in.

The Games and Amusement Board (GAB) chairman Baham Mitra is hopeful that Abueva’s time away from the game has tamed him a little bit.

Popularly known as “The Beast,” the 6-foot-2 forward got embroiled in one brouhaha after another. First was an incident wherein he was accused of making lewd gestures to a fan which days later, was followed by his horrific clothesline of Talk N Text import Terrence Jones. Aside from the indefinite suspension, Abueva was also fined a whopping P70,000.

And while the clamor for the lifting of Abueva’s ban has been going on for quite some time now, Games and Amusement Board chairman Baham Mitra reiterated that they are going to stay hands-off from that case unless there is a need to. But he is hoping that Abueva has indeed turned a new leaf, if and when he is reinstated into the PBA.

During his suspension, Abueva has engaged in numerous community service activities, during the Taal volcano explosion and the COVID-19 pandemic. He has also mentioned going through psychological sessions although he has yet to complete them all because of the health crisis.

Mitra added that he is looking forward to Abueva getting another chance to prove himself.