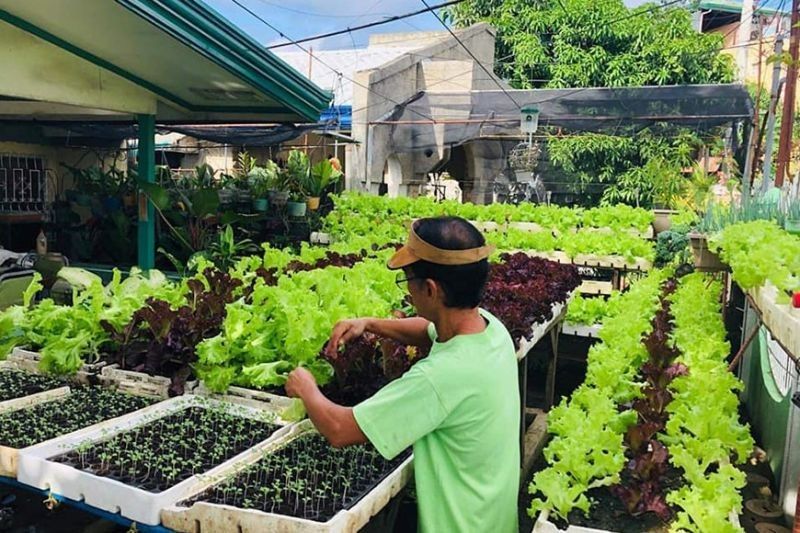 CITY dwellers are now increasingly adopting urban farming as a new way to sustain food security in households and prevent food scarcity amid the Covid-19 pandemic, the Department of Agriculture (DA)-Central Visayas said.

Dr. Gerry Avila, operations division chief of DA-Central Visayas, said since the start of community quarantine implementation, many people have sought free seeds from the DA to start backyard gardening.

The Covid-19 crisis, he said, has made vegetable planting a more “pronounced” endeavor today as more people aim to achieve healthy living and to have a sustainable source of food.

“We have seen an overwhelming reaction from the public. Many are doing it (urban gardening) now,” he said in an online program aired on the Facebook page of the Office of the Presidential Assistant for the Visayas (Opav).

Grace Go, of the Mandaue City Agriculture Office, echoed Avila’s observation, saying that even those households with limited backyard space are now planting vegetables as well.

“Nowadays, space is no longer a problem in gardening. There are many alternative ways to do urban gardening,” she said.

One way is through the process of hydroponics, according to Justin Paul Neri, an urban farmer who started planting as a hobby but later on was able to monetize it.

Neri explained that hydroponics is a form of gardening that uses no soil, but instead grows plants in a solution of water and nutrients.

This system is an ideal solution especially for apartment dwellers who don’t have an outdoor gardening plot, he said.

Neri said hydroponics only requires an initial investment of around P5,000. For those with lesser capital, he said, they can start with container gardening.

The farming enthusiast advised people to explore and research about urban gardening, which they can later on monetize by selling their produce.

Hydroponics has long existed but very few are adapting it yet, according to Avila, saying that most people find it easy to plant using only pots or small containers or directly on the ground in their backyards.

Avila said people who want to venture into urban farming can ask for free seeds from the DA field offices and agriculture offices of various local government units (LGUs).

To date, the DA has already provided seeds to at least 86 LGUs in Central Visayas.

The DA has been pushing for its Plant, Plant, Plant Program to encourage more people to do urban agriculture even within their households.

The DA’s planting campaign is in line with the government’s goal of attaining food sufficiency in the country. (WBS with PR)