Virus cases in NCR rise by over 2,000 for 2nd straight day 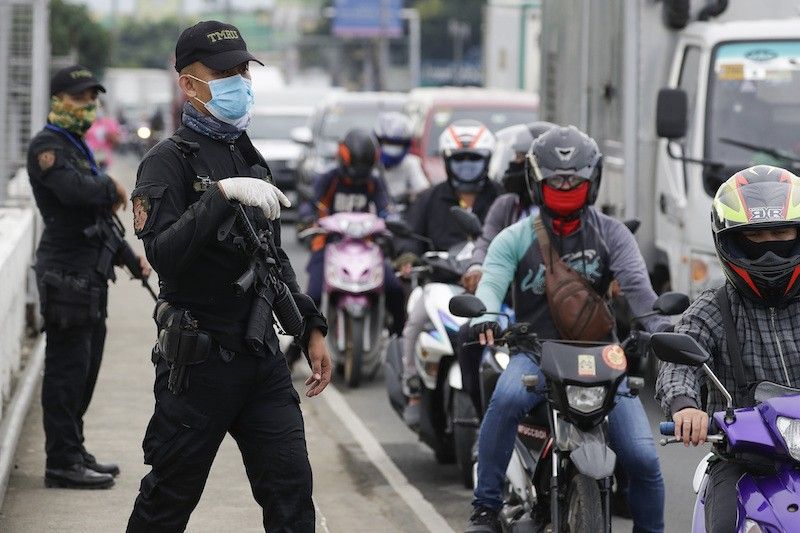 MANILA. Armed policemen man a checkpoint in the outskirts of Quezon City, Metro Manila, as the capital region is placed on another lockdown in the hopes of controlling the surge of coronavirus cases on Tuesday, August 4, 2020. Commuter trains, buses and other public vehicles stayed off the main roads of the Philippine capital Tuesday and police were again staffing checkpoints to restrict public travel. (AP Photo)

THE Department of Health (DOH) on Wednesday, August 5, 2020, said it has confirmed an additional 3,462 cases of coronavirus infection.

Of this number, 2,434 were from the National Capital Region (NCR) or Metro Manila. For two days in a row now, cases in NCR have increased by more than 2,000.

On August 4, when the country’s daily tally hit a new high of 6,352, newly confirmed cases in NCR were also highest at 3,139 in a single day.

Quarantine restrictions in Metro Manila, as well as in four neighboring provinces, have been tightened because of the surge in cases. Metro Manila, which has around 12 million people, is the biggest region in the country in terms of population.

In its case bulletin as of 4 p.m. Wednesday, DOH said the total case count went up to 115,980, of which 47,587 were active which refers to patients who are still in the hospital or in quarantine.

DOH also reported an additional 222 recoveries, bringing the total to 66,270.

There were nine additional mortalities, raising the death toll to 2,123.

Of the nine, four were from Central Visayas, four from NCR and one from Davao. Eight occurred in July while one in June.

Laguna, Rizal and Cavite, all in Calabarzon, reverted to modified enhanced community quarantine (MECQ) along with Metro Manila and Bulacan.