Over 100 MSMEs closed stores; other biz owners fight for survival 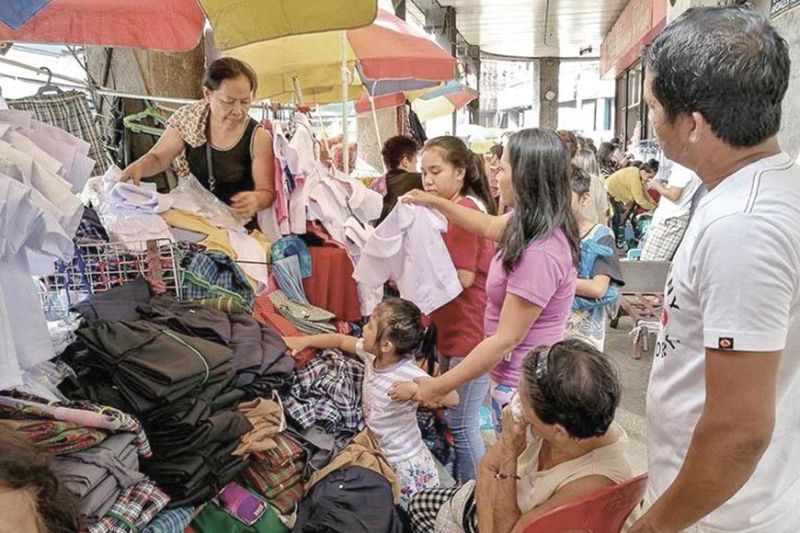 DIFFICULT DAYS. Cebu will have to wait for more months before its economy will get back to its pre-Covid shape. Rey Calooy, president of Filipino-Cebuano Business Club, says around 132 micro and small companies have already stopped their business operations. (SunStar file)

AROUND 132 member-companies of the Filipino-Cebuano Business Club (FilCeb) have stopped their business operations due to the mounting rental fees in Metro Cebu and Southern Leyte.

Rey Calooy, president of FilCeb, said these companies are mostly engaged in food cart businesses while others are small brick and mortar store owners heavily affected by mobility issues due to the varying levels of lockdowns implemented since March this year.

“I’m speaking within our member group only. This is around 66 percent of both active and non-active members. Most of them are food carts temporarily signing off as some of their outlets are located in shopping malls, supermarkets and other commercial buildings,” he said.

Calooy said rental obligations after the two-month grace period was a major factor.

“Some stores of our members are permanently closed, although they opt to do guerilla marketing to at least survive for mere income. It’s difficult to do business now, especially in areas that are not covered by delivery service applications,” he said.

He said sales can no longer support the stores’ operating expenses due to limited foot traffic. He also shared that one landlord decided to close his subleased commercial space, forcing them to close while one of their franchisees decided to give up his rights due to inadequate sales generated by the franchised unit.

“Bottomline, these stores had to close because customers can no longer easily access our products. People have to stay at home. The government is already doing everything it can given the circumstances. If there is anything that the government should be doing, in my opinion, I think, it is for the people who are in power to reexamine their style of leadership,” he told SunStar Cebu.

But despite this, Padrique said all is not lost as they continue to find ways to reach their market.

“Our company is definitely struggling. This pandemic has really knocked us down but it didn’t knock us out. We’ve been continuously working to reach out to our customers even when we were in enhanced community quarantine through online deliveries,” he said.

“When the enhanced community quarantine (ECQ) began towards the last week of March, we immediately activated our deliveries, beefed up our online ads and that kept us afloat in a sense that we were still able to provide the essential needs of our staff and their families. Now we are definitely slowly creeping up like any other struggling business but we believe that we shall rise again in God’s perfect time,” he added.

Another entrepreneur, Kristoff Villanueva of Workplace Cafe, said they had to cancel some of their expansion plans to other cities and even dissolve a joint venture agreement to build another branch because they believed that being liquid and having some spare cash for now is more important than business expansion.

“Our business is a co-working space. It involves gathering people and letting them stay for work. It is very risky for customers and employees, so we decided not to open and also days before the ECQ, sales were dropping already. Sales were only 10 percent from normal,” he said.

Another franchisee also cancelled his plans to build a branch to preserve cash, he said.

“Now we are slowly operating again with reduced hours, 12 hours instead of the usual 24 hours. Our Mactan branch is set to open in the fourth quarter of this year to serve work from home and remote workers in Lapu-Lapu City,” Villanueva said.