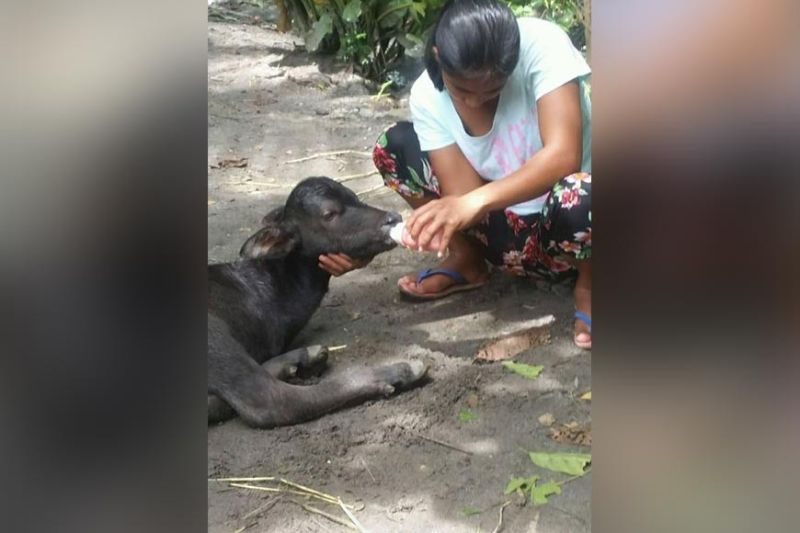 Marilyn Lacasandili, resident in the barangay, said they were surprised to see that the mother carabao they are tending bore a calf with just two feet.

They named the calf Primo.

The Lacasandili family takes extensive care of Primo, where they even brought it inside their home and uses mosquito nets to protect Primo against mosquitoes.

Since the calf could not walk because it only has front feet, its mother has a hard time breastfeeding it.

With this, the Lacasandilis decided to use a nursing bottle to feed Primo.

Koronadal City Veterinarian Dr. Charlemagne Calo said Primo's condition is a "congenital defect," which could be an effect of nutritional, environmental, hereditary or chemical abnormalities.

Calo said Primo's condition might even result in greater health problems since the four compartments of its digestive system will not function normally.