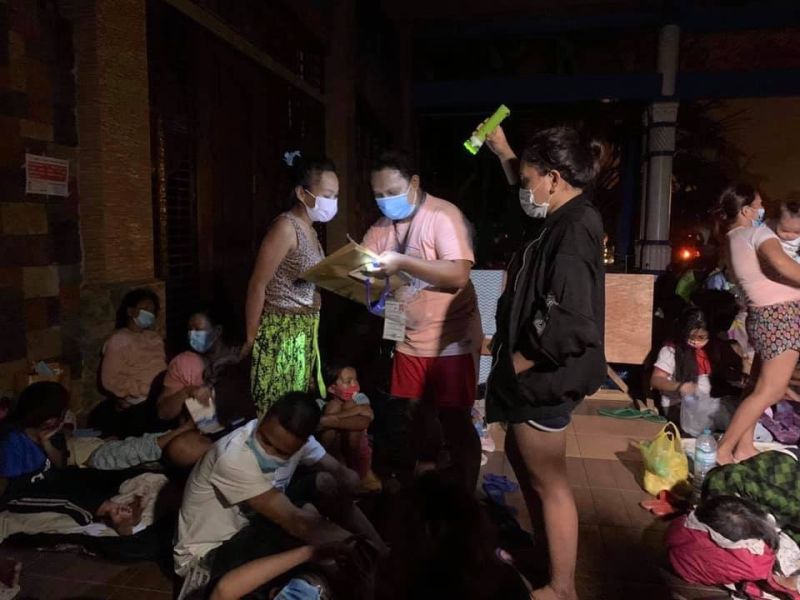 MORE than 800 individuals in flood-prone barangays in Davao City were forced to evacuate following the rising water levels caused by heavy downpour on Tuesday evening, August 4.

Mayor Sara Duterte-Carpio said in a radio interview on Wednesday afternoon, August 5, that based on the figures gathered by the local government, 500 residents were temporarily sheltered at the Our Lady of Lourdes Parish in Bangkal, while 300 individuals were evacuated at the Talomo Proper Barangay Hall.

Other 80 persons, meanwhile, were sheltered at the Central Park Gym in Bangkal.

But Duterte-Carpio said residents were allowed to return to their residences immediately after the flood subsided at 11:15 p.m. Tuesday.

In a weather update released by the City Disaster Risk Reduction and Management Office (CDRRMO) Tuesday afternoon, the flooding was due to the continuous moderate to heavy rain and water level increase in upland areas brought about by the trough of a low pressure area (LPA).

According to the initial report from the Office of the Civil Defense (OCD)-Davao, the trough of LPA brought heavy rainfall, which persisted for hours, resulting in the overflow of the Talomo River in Calinan District around 4:50 p.m.

The City Social Welfare and Development Office (CSWDO) immediately dispatched its mobile kitchen to distribute food to residents affected by the flood.

Duterte-Carpio admitted that implementing the physical distancing and the mandatory wearing of face masks were among the challenges during the evacuation, considering the city is still under a pandemic.

She said she immediately ordered the City Health Office to distribute face masks to the evacuees.

She also asked help from the barangays to strictly implement physical distancing in the evacuation centers.

Meanwhile, in a bulletin posted by the Philippine Atmospheric, Geophysical and Astronomical Services Administration (Pagasa) on August 5, Davao City is expected to experience light to moderate to occasional heavy rains, and flood-prone areas are now under "yellow warning" for possible surge of water level.

Duterte-Carpio reminded the public to heed the City Government's call for pre-emptive evacuation if deemed necessary.