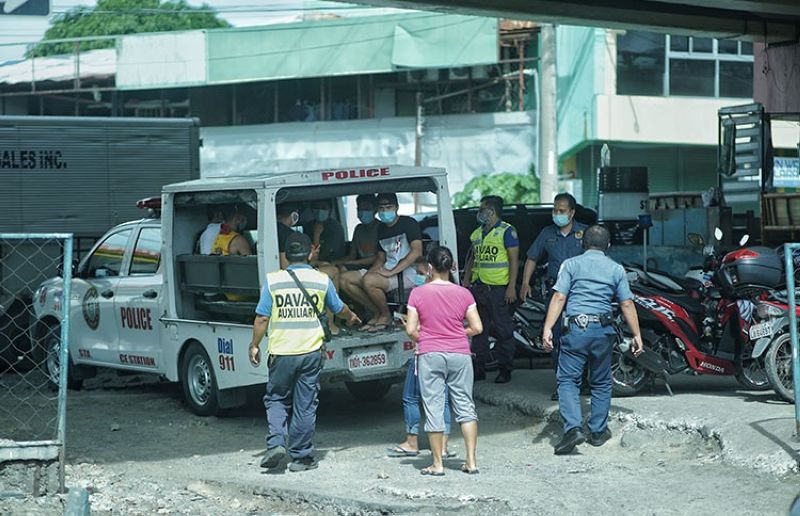 DCPO Chief Kirby John Kraft said in a phone interview that they recorded 4,646 quarantine violators from March 15 to August 3, a period when the city imposed community quarantine due to the coronavirus disease (Covid-19) pandemic.

Bulk of those who were apprehended are those violating the guidelines on the food and medicine passes (FM pass) with 2,444 violations. This is followed by those who violated the 9 p.m. to 5 a.m. curfew with 1,488.

The use of FM pass and the 9 p.m. to 5 a.m. curfew has already been lifted following the release of Executive Order 47.

The DCPO was also able to apprehend 379 persons for violating the 24-hour liquor ban, 226 for failure to observe physical distancing, 90 for failing to wear face masks in public public areas, and 19 for violating the "Motorcycle Barrier Rule."

Violators of this rule, he said, are those motorcycle drivers with a passenger who were caught traveling without a barrier between them.

"Hindi naman tayo masyadong istrikto sa type ng barrier, for as long as protective barrier siya na mako-cover yung mukha ng mga passenger sa likod (We are not much strict on the type of barrier they need to secure, for as long as the barrier can cover the face of the back passenger)," Kraft said.

Violators will be charged with violation of the Republic Act 11332 or the Mandatory Reporting of Notifiable Diseases and Health Events of Public Health Concern Act.

Meanwhile, Kraft said they will be stricter in the implementation of the city's health protocol, following the lifting of the FM pass and curfew.

Initially, the City Government planned to formally implement it through an issued executive order (EO) on Monday. However, the EO was only issued on Tuesday evening, August 4.

But Kraft reiterated the City Government's call to adhere to the minimum health protocols to prevent the further spread of the virus.

He also said they will strictly impose the physical distancing, wherein DCPO personnel will be carrying a one-meter stick.

This is to accost individuals who are not observing physical distancing, Kraft said.