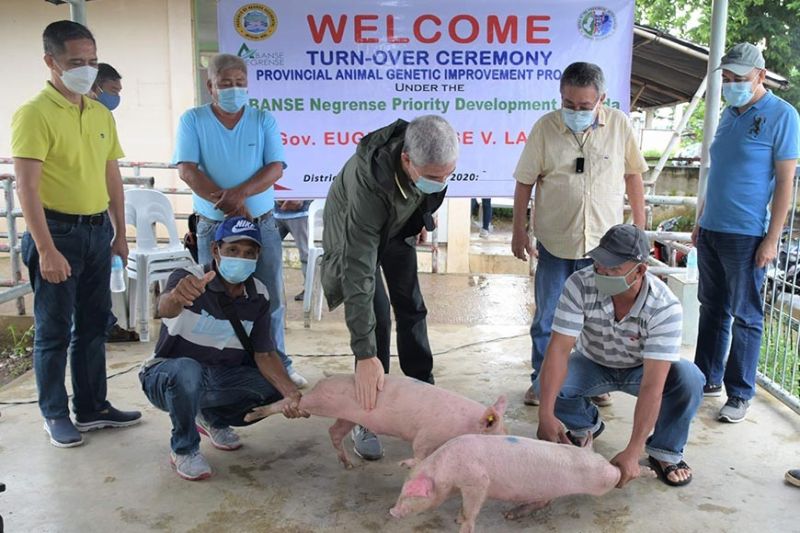 ANIMAL raisers in six local government units (LGUs) in the Sixth District of Negros Occidental have received P5 million worth of genetic improvement project from the Provincial Government.

"Genetic improvement for backyard farming is a very important requirement to prevent inbreeding among animals," he said, adding that "it is beneficial to farmer beneficiaries because they cannot afford to buy breeder stocks."

Pagip is one of the flagship programs of the Provincial Government, through the Provincial Veterinary Office (PVO), aimed at improving and upgrading the genetic makeup of local livestock and poultry animals.

Upgrading the genetic composition of the locally existing breeder livestock and poultry through the infusion of purebred breeder stocks to backyard raisers prevents inbreeding of stocks.

The PVO earlier said since the implementation of Pagip, the province’s livestock and poultry industry was able to sustain its lead in the nationwide statistics especially in terms of production.

Aside from turnover of breeder piglets, the province also inaugurated the Pekin Duck Multiplier Farm project in Sipalay City on Wednesday, Augusst 5.

Decena urged LGUs and raiser-beneficiaries to take good care of these government inputs.

He also thanked them for participating in the rural development initiatives of the province.